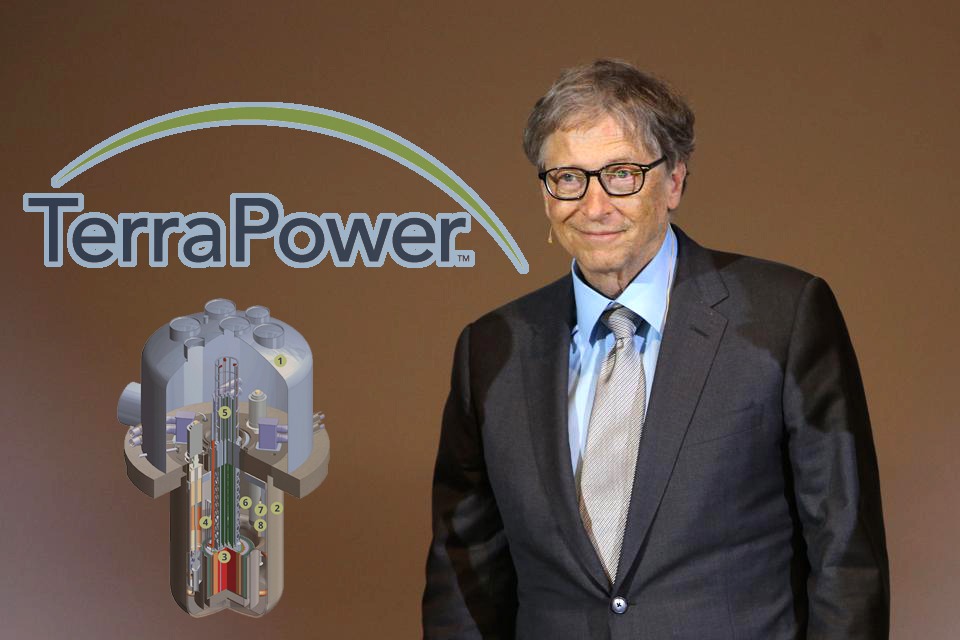 TerraPower, co-founded by Bill Gates in 2006, launched its small-scale nuclear power-plus-storage technology aimed to help with the global energy transition. The revolutionary hydropower technology is part Natrium system – a “cost-competitive” nuclear reactor – and part GE Hitachi Nuclear Energy – molten-salt thermal energy storage. The combo system is to be deployed on power networks with high penetrations of renewables. It’s designed to work alongside solar and wind to provide continuous zero-carbon power.

It’s the ideal alternative to a gas peaking power plant because it’s emissions-free. The nuclear part is a sodium-cooled fast reactor – a small reactor where liquid sodium is used as a coolant. The molten-salt energy storage system is attached to it to retain heat and discharge that heat when it’s needed. The reactor can continually pump out 345 megawatts (MW) of electricity, and the energy storage system bumps that capacity up to 500 MW for over 5.5 hours.

Dispatchable power is essential and will become more so as electricity demands grow, and modern grids become increasingly variable with additions of solar and wind power. If there isn’t enough power available to be dispatched during peak demand, then blackouts happen.

TerraPower claims that power system operators could boost their revenue by as much as 20% by deploying its system on networks. The company has the support of major US utility operators already, including PacifiCorp, Duke Energy, and Energy Northwest. The first two are significant investors in solar and wind power as well, and its owners are supportive of the commercialization effort.

The Gates-backed venture may be one of the first to combine a reactor with energy storage but its not the first to be deploying a small, more flexible scale version of a nuclear power plant. Gates called nuclear fusion the potential “magic bullet” for unlimited zero-carbon power – and others feel the same way.

Rolls-Royce recently debuted its small modular reactor technology that can match solar and wind on power costs by deploying compact 440MW systems. And, President Donald Trump signed the Nuclear Energy Innovation and Modernization Act into law in January 2019. The legislation aims to speed up the licensing process and has received widespread bipartisan support.

Even the International Energy Agency (IEA) and the United Nations see nuclear energy playing a prominent role in the future. According to the IEA:

Achieving the clean energy transition with less nuclear power is possible but would require an extraordinary effort.

Climate scientists consider nuclear energy as a vital source of zero-carbon energy. It gives the world a fighting chance at limiting global temperature increases to below 2 degrees Celsius above pre-industrial levels. Most projections of the world’s path to curbing climate change feature nuclear energy in a prominent role.

France Invests €1.5bn Into Developing A Zero-Emissions Plane By 2035

Coal Power Generation Is Plummeting In America Like Never Before!