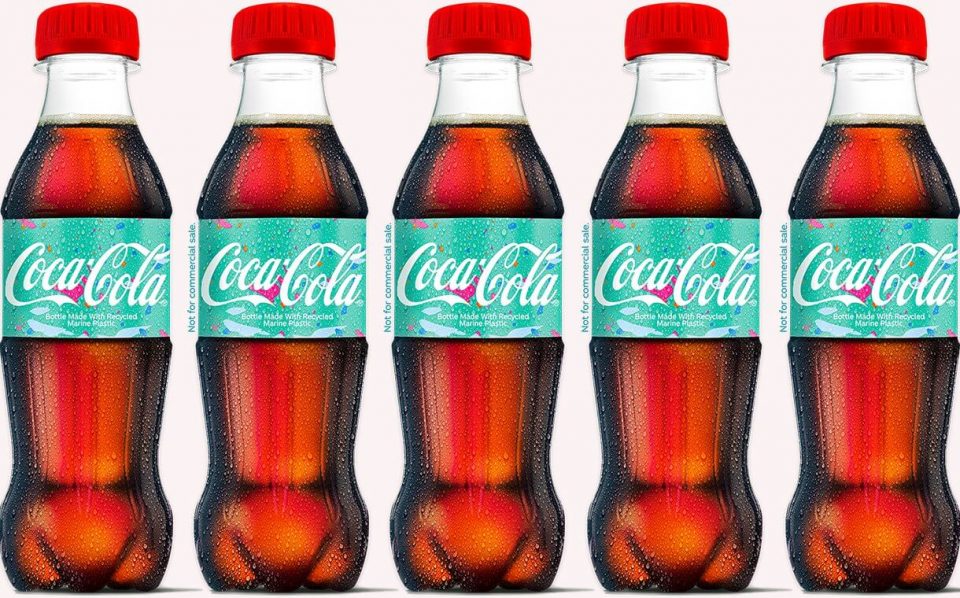 Most ocean plastic is very difficult to recycle because it is in a poor state – it is very low quality. Now, thanks to a groundbreaking new process made possible by Coca-Cola, this set-back may become a thing of the past.

The company – in partnership with Ioniqa Technologies, Indorama Ventures and Mares Circulares (Circular Seas) – has already made 300 prototype bottles from ocean plastic – retrieved from the Mediterranean Sea and beaches – which was previously considered unusable, low-quality marine waste plastic. The unrecyclable plastic was successfully upcycled into high-quality plastic by using this innovative new technology! Coca-Cola says this could be the future of packaging.

The sample bottles it has unveiled consist of 25% recycled marine plastics. The process is currently just a proof of concept, one that Coca-Cola claims “is the first successful attempt to incorporate ocean plastics in food and drink packaging.”

The process being used is called depolymerization. It enables lower grade plastics to be broken down and reformed, stripped of its impurities, then rebuilt as good as new into materials used to create food-grade quality PET plastic. Before this process was figured out, lower-grade, non-transparent and colored plastics could not be “upcycled” into bottles.

The company has been increasing its efforts to improve the recyclability and collection of its products in Western Europe and this is one of the ways in which it’s doing that. Coca-Cola plans to incorporate previously unrecyclable and lower-quality plastics into its bottles from 2020 onward.

Too many of the world’s finite resources are currently discarded as waste. We know we need to do more to correct this. The targets we have set out today are ambitious and rightly so. There is a valuable role for packaging, but it must always be collected, recycled and reused.

Our aim, working in partnership, is to see the term “single-use plastic” become redundant, both in our business and beyond, as all of our plastic – and indeed all of our packaging – is delivered within a closed loop.

Cleaning Up Their Mess

A Greenpeace report from 2018 showed how Coca-Cola was found to be the world’s largest corporate plastic polluter. The report detailed a survey of 239 clean-ups in 42 countries across six continents, in which volunteers collected more than 180,000 pieces of plastic. Coca-Cola, PepsiCo, and Nestlé collectively accounted for 14% of the branded items retrieved during the clean-ups.

In efforts to rectify the situation, Coca-Cola invested €180m into sustainable packaging across Western Europe this year. It has also unveiled a set of new targets along with the debut of their ocean plastic bottles. The new targets are aimed to support the company’s overall vision of a “world without waste” and are part of Coca-Cola European Partners and Coca-Cola in Western Europe’s joint Sustainability Action Plan. In it, the organizations pledge to collect a can or bottle for every one that it sells, ensure that all of its packaging is 100% recyclable, and ensure that at least 50% of the content of its plastic bottles will come from recycled content.

At the present moment, the company has committed to removing all unnecessary or hard to recycle plastic from its portfolio through light-weighting and the removal of secondary packaging made from plastics. This move eliminates the use of over 11,000 tons of plastic per year. The icing on the cake to this recent action was when Coca-Cola European Partners (CCEP) announced it will end the use of shrink-wrapped plastics across all can multi-packs it sells in Great Britain.

Coca-Cola’s next short-term goal is working towards 100% recycled or renewable materials in all of its plastic bottles, which will avoid the use of more 200,000 tons of virgin plastic every year. If for some reason a renewable or recycled alternative does not exist, the company will publicly support deposit return schemes anywhere across Western Europe.

More Than Half Of Native European Tree Species Face Extinction!

Graig Fatha: A Wind Farm Owned By The Households It Powers