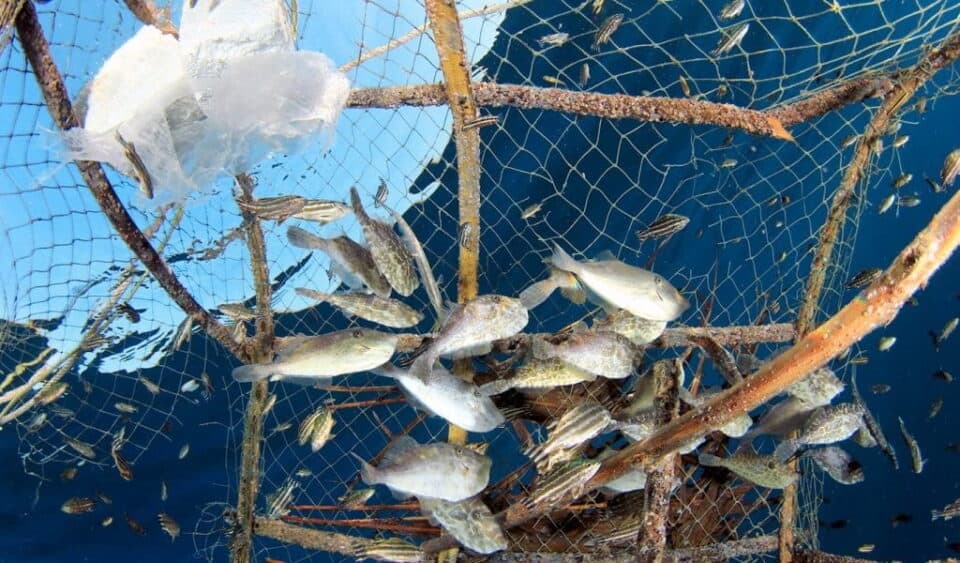 We hear about all kinds of issues plaguing our environment from wildfires to plastic waste. One thing you don’t hear much about is overfishing.

As a person who isn’t a professional fisherman, you might not think you have a reason to be concerned, because there’s nothing you can do.

The truth is, overfishing is one of the most significant issues we face as a modern society and one that I think will become much more important as the years go on.

Overfishing is the result of the commercial fishing industry pushing the aquatic environment beyond a sustainable threshold. What does that mean exactly?

It means that we’re consuming nearly twice as much fish as we did 50 years ago and nearly 60% of the world’s fish stocks are fished to extinction.

This becomes a problem when we’re unable to sustain the amount of fishing necessary to keep up with the demand. As a result, fish stocks deplete, certain species become extinct, and less than desirable practices become normal due to high demand.

How does this happen? It doesn’t just happen overnight and it’s the result of a lot of factors coming together to create an overall problem. Here are some of the main issues that make up the overfishing problem.

It is believed that by 2048 we will have no more seafood. Could that be a bit of an exaggeration? Of course, but it gives you an idea of the direction we’re headed.

We’re pushing our limits beyond what is reasonable and sustainable. We’re fishing waters we haven’t before because we’ve depleted the stock of wild-caught fish in the waters we typically fish.

Our habits are pushing fish into water they’ve never been in resulting in a change in habits, predators, and prey.

The most important thing to understand about overfishing is that it’s leading to the destruction of a healthy and thriving fish population at a rapid pace.

Destruction of Communities and Economies

870 million people or 10-12% of the world’s population rely on fishing as its primary source of food and economy.

One thing we need to realize is that this is a worldwide issue; not one that is specific to any country.

Due to certain countries operating mega-ships fueled with hundreds of deckhands and fishing technology, they’re able to catch a lot of fish quickly and sell them at rock bottom costs because of the haphazard procedures used in catching them.

Small fishing communities cannot keep up with this. Many of which are still using old fishing methods handed down for generations. This leads to the destruction of fishing communities because the populations have dwindled and the opportunity to sell their catch becomes less likely.

It’s believed that there are as many as 25,000 fishing nets floating throughout the Northeast Atlantic alone.

Nearly 4,600 sea turtles die each year due to nets and hooks in U.S waters. To add to that, over 8 million turtles died over the past 20 years as a result of bycatch. This occurs when you catch something you didn’t intend because you’re not actually targeting anything.

Many commercial fisheries use trawling nets which are giant nets sprawled across for miles that sweep up anything they can find. They also destroy the sea bottom disrupting coral and other bottom dwellers along the way. The whole process stirs up the water and reduces the amount of oxygen in the water resulting in feelings of lethargy in the fish.

The overall process of commercial fishing is flawed from front to back and as your average everyday person, there is very little you can do to make changes. Thankfully, there are great organizations out there helping to make a difference. All you can do is spread awareness and tell one person you know about the dangers of overfishing.

To learn more, check out Overfishing, Conservation, Sustainability, and Farmed Fish at YourBassGuy.com.

7 Key Items You Need in Your Home

For Coty, he didn’t love bass fishing at first cast. It took a few (thousand) throws for him to become obsessed with mastering every possible fishing style, technique, and lure. As a third-generation angler, he has a plethora of knowledge and experience on the water and loves sharing what he knows.