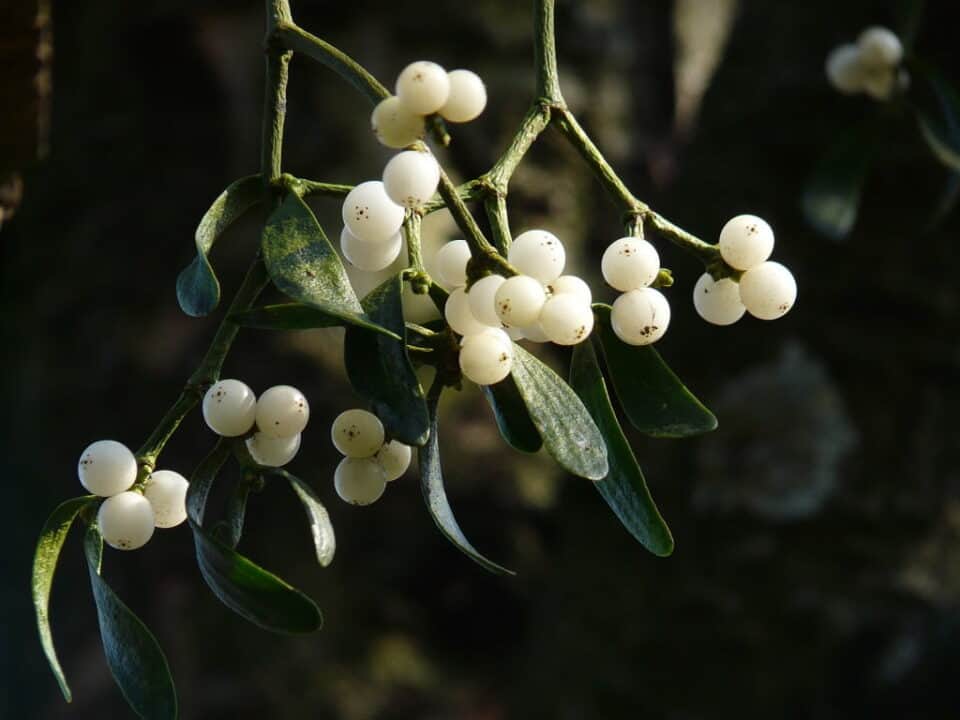 The adhesive was made from viscin, a substance that surrounds the seeds in mistletoe berries. (Credit: Pixabay)

The parasitic mistletoe plant produces extremely sticky seeds that cling to bird feathers, bark, and other materials to spread to additional host trees. A recent study suggests that the “glue” on those seeds may be used to create new biomedical adhesives.

Viscin, a substance resembling mucus, surrounds the mistletoe seeds found inside the plant’s berries. This substance is composed of cellulose nanofibers suspended within a gelatinous matrix. In nature, when birds consume these berries, the seeds stick to their feathers or beaks and land on the bark of other trees. Once anchored in new locations, they will develop into new mistletoe plants.

Associate Professor Matthew Harrington of McGill University in Canada was intrigued by the possible applications of viscin for humans after witnessing his daughter playing with a sticky mistletoe berry. He then developed a method for forming wetted viscin fibers into thin films or three-dimensional structures while working with team members from Germany’s Max Planck Institute of Colloids and Interfaces.

The glue was then used to adhere to various materials before letting it dry. As it dried, the cellulose fibers aligned and bonded with one another. As a result, the adhesive stuck effectively to biological tissues like cartilage and skin and synthetic materials such as plastic, glass, and metal.

Increasing the glue’s relative humidity (by subjecting it to water vapor) led the fibers to enlarge and loosen their grip on one another, making the adhesive simple to remove from the different substrates. It is also biocompatible and biodegradable, which is a plus.

In one experiment, a layer of viscin-based glue was successfully used to close wounds sliced into the skin of non-living pigs. Despite the film being flexible enough to move around with the skin without breaking, it could still be removed when necessary. However, further investigation is anticipated to understand the glue’s chemistry at play.

The research was published on March 16, 2022, in the journal PNAS Nexus.

How To Use Technology To Further Your Healthcare Career

Are Slot Machines A Good Choice For Real Money Gambling?