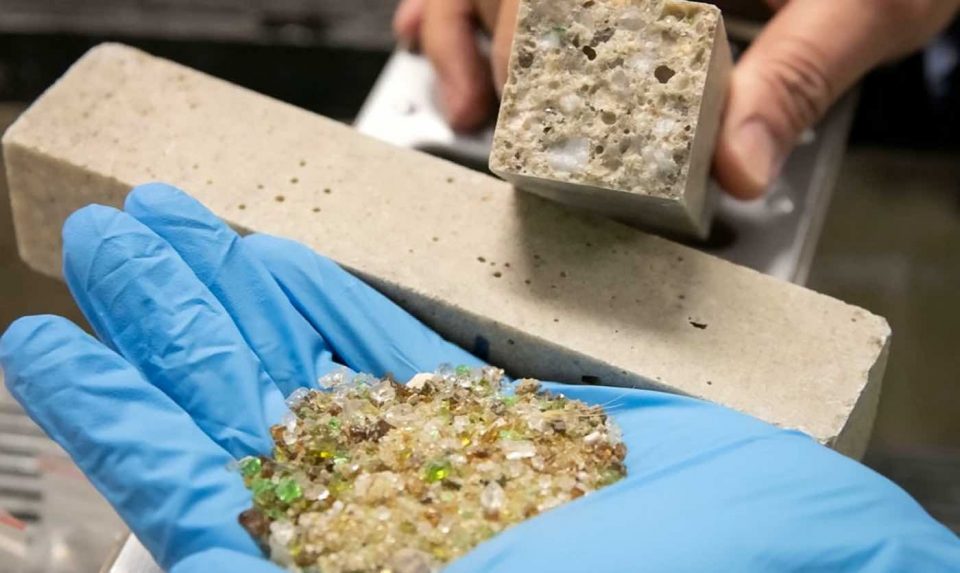 Polymer concrete is a material often used in industrial flooring, roads, car parking lots, and other common scenarios. Researchers from the Deakin School of Engineering have thought up a way to make it more sustainable while eliminating some waste issues at the same time. They discovered that it’s possible to make this polymer concrete using ground recycled waste glass instead of sand! What’s more, Dr. Riyadh Al-Ameri, a senior engineering lecturer at Deakin, said material testing revealed that using glass instead of sand resulted in a stronger product that was less costly to produce.

Mined sand requires washing and grading before it is added to aggregate, cement and water to make concrete. We have found that substituting sand with ground recycled glass makes the polymer concrete stronger and is a sustainable use of one of the major types of recyclables in the domestic waste stream. Any changes that reduce the cost of production will lead to significant gains across the industry, potentially on a global scale.

The idea to do this arose when Deakin engineering student Dikshit Modgil decided to work with Melbourne-based Orca Civil Products as part of his Master’s research into the suitability of recyclable glass in polymer concrete production. This collaboration turned out so well that Alan Travers, Orca Civil Products director, said that “the research partnership had produced results that would be useful in taking the concept further to commercialization.”

Travers specifically used the type of waste glass that was unsuitable for recycling back into glass. He said that the amount of it that was (and still is) stockpiling has becoming a community problem. It is true that glass is typically considered to be a relatively eco-friendly material because it’s recyclable. However, what he came to find here was that most of it doesn’t actually get recycled and not all of it is recyclable, such as the small fragments. Now thanks to his project, this unrecyclable glass can be used and turned into something very useful!

There was another project, also in Australia, making good use of old glass that can’t be recycled. Scientists at the University of Queensland presented a method not too long ago of rendering glass waste into liquid silicate, which could then be utilized in applications including a concrete sealant.