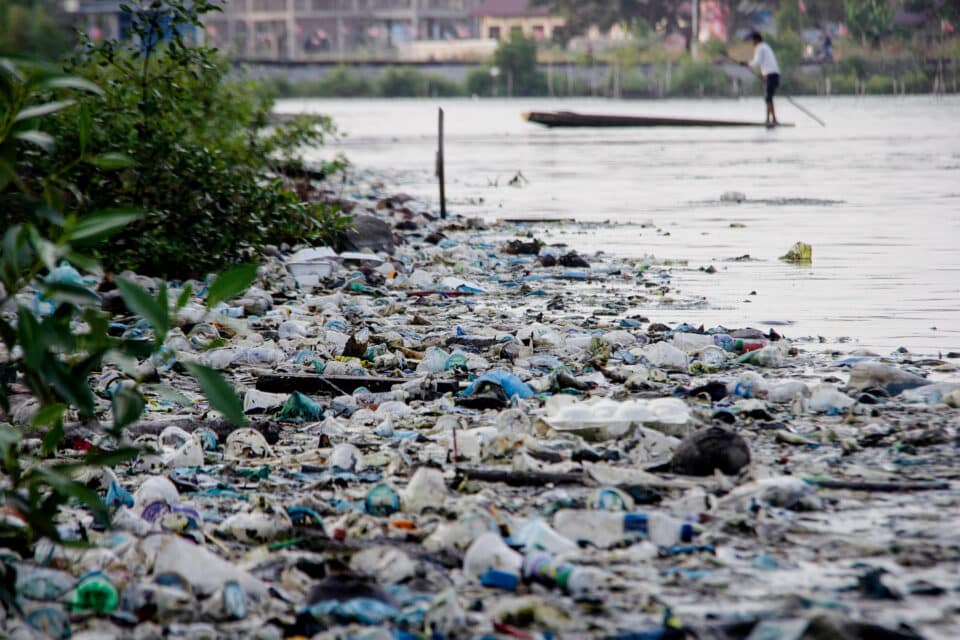 Earth is in a delicate state right now because of a dual crisis underway: unprecedented biodiversity loss and runaway climate change. Species globally are declining and disappearing, meaning the web of life is coming apart faster than we can repair it. Global warming has likely passed the point of no return because carbon dioxide levels in the atmosphere continue to rise. We aren’t doing enough to veer off this destructive path. Instead, we continue down the road without a care in the world.

It’s as if most world leaders and corporations don’t know or have forgotten that ocean and forest ecosystems are indispensable to the health of the planet and our survival. Forests are home to 80% of the world’s terrestrial biodiversity and provide as much as 30% of the carbon reductions needed to stabilize Earth’s climate. They provide a buffer against disease and purify our water and air. Oceans also store a substantial amount of CO2. Furthermore, they are made up of rich ecosystems full of marine life that provide billions of people globally with food and livelihoods.

Yet, we continue to destroy these precious environments with overwhelming amounts of pollution and through deforestation – all in the name of single-use products.

In urgent response, global environmentalists from 188 groups are demanding that legislators and businesses change the systems that support single-use paper and plastics production. Items like food containers, cutlery, disposable cup and bottle, and packaging are the main contributors to the two billion tons of waste produced by humans yearly. These and other disposable products have a detrimental impact on nature, wildlife, and even human health and vulnerable communities. Regardless, we carry on consuming natural resources at an unsustainable rate.

Our culture of convenience and growing consumerism has sent the consumption of disposable products skyrocketing since the 1970s. The amount of waste produced annually is projected to increase by 70% by 2050.

Tamara Stark, Canopy’s campaigns director and one of the authoring organizations of the white paper, said:

We’re depleting the very life support systems that we all need to survive, simply for the supposed convenience of single-use products. Doing away with disposables will not only reduce waste but help address climate change, protect forests, and stop microplastics from poisoning marine life.

When single-use products aren’t effectively recycled, they are either sent to dumpsites or landfills, burned or mismanaged, and end up in the environment. Their production and improper disposal harm vulnerable populations whose homes are often located near factories or waste sites of extractive industries. The polluting products poison the air, water, and soil with toxic chemicals and contaminate local food supplies.

The authors argue that while individuals can claim some responsibility for the problem, most of the fault lies with decision-makers and those designing and approving the systems. They point to governments, financial institutions and investors, and business leaders to transform production systems, spur innovation, and reduce the use of raw materials and consumption. Countries must factor biodiversity into policies across all economic sectors and bring it into the mainstream of decision-making.

It’s high time that we make corporations and industries that are driving global pollution and the climate crisis accountable for their actions. We need to see a radical change in how products are delivered to people, without the use of harmful and polluting packaging.

Both paper and plastic single-use products cause lasting and significant environmental harm. Their production is energy-intensive, chemically intensive, and requires lots of water.

Plastic is derived from fossil fuel extraction, so its manufacturing contributes to greenhouse gas emissions. Furthermore, over 700 species of marine creatures have been found with plastic in their digestive tracts. Thousands of animals die from ingesting plastic or getting entangled in it.

Plastic waste left scattered on land or in the oceans breaks down into microplastics, tiny toxic pieces that have been found even in the most pristine, untouched regions of the planet. A study found that humans ingest about a credit card worth of microplastics a week and the health consequences are yet unknown because scientists haven’t had enough time to examine the effects.

Papermaking contributes to carbon emissions in the logging and manufacturing process. Furthermore, deforestation eliminates one of our most effective modes of mitigating climate change (forests are a carbon sink) and wildlife habitats. Three billion trees are cut down yearly to make paper packaging. That number is set to increase by 20% over the next five years.

Paper versus plastic has always been a false choice. From the perspective of paper, it means more forests logged, destruction of our best defense against climate change, and more pollution for the frontline communities where paper mills are sited. After watching our environmental safeguards decimated over the last several years in the US, it is high time we and other industrialized nations take the lead on shifting to more sustainable production methods and products.

The majority of the disposable products in use today can be eliminated or phased out swiftly and replaced with circular systems that involve re-use.

The authors conclude that:

To achieve the goals set out in the Paris Agreement and the Aichi Biodiversity Targets, and in recognition of universal human rights, there needs to be a collective shift in the way we design and manufacture products to avoid waste. Many of the solutions needed to make a waste-free and regenerative society already exist, but the pace and scale of change need to escalate dramatically.

The transformational change will require new ways of consuming as well. From production to consumption to end-of-use, every step of the system should enable a truly circular economy to save our planet.

This Stylish Furniture Piece Doubles As A Cat Playground

Over 130 Seal Pups Were Born In The River Thames, All In One Season