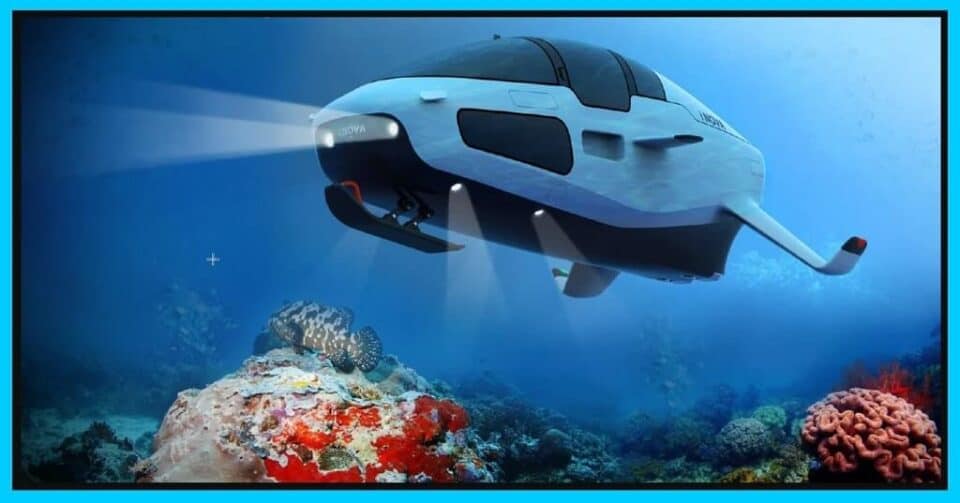 A rendering of the world's first submersible hydrofoil. (Credit: iSpace2o)

The first hull for iSpace2o‘s Deepseaker DS1 submersible hydrofoil is now under production. This craft will rise above the water to hydrofoil at speeds of up to 23 knots (43 km/h/ 26 mph) or dive to 164 ft (50 m) for underwater adventures.

According to the Italian startup, it’s the first vessel of its kind – there’s no other fast boat that can also dive. It’s also fully electric, with Sealence‘s silent “Deepspeed” jets providing propulsion. Most electric boats have a limited range. However, getting this vessel up to foiling speed will lift its hull out of the water, considerably reducing drag and increasing effective range. iSpace2o hasn’t revealed battery capacity or range estimates, but it does say that a longer-range hydrogen powertrain is being considered.

Another major innovation is a partnership with Like-A-Fish, which will supply the Deepseaker with “nearly infinite oxygen” for the DS1’s four-person cabin. This incredible technology uses an electric centrifuge to place seawater under low pressure, allowing dissolved oxygen to be extracted and fed back into the submarine’s breathing system. This device, which uses roughly 150 W of power per person, was reportedly prototyped 12 years ago.

The company claims to have started production on the first DS1 hull funded by an Invitalia loan. The Giancarlo Zema company will finalize the design, and F1 H2O squad Blaze Performance will “take care of the hull building and vehicle development.”

What is the purpose of this? Like most small submersibles, it will likely occupy superyacht garages and give “immersive experiences” through tourism companies. iSpace2o claims to have optioned ten ships to a major cruise line. This idea may be a long shot for a few reasons, but it’ll be fantastic if it all comes together!

10 Reasons Why You Should Eat Pumpkin Seeds

How to Overcome Procrastination and Complete Tasks