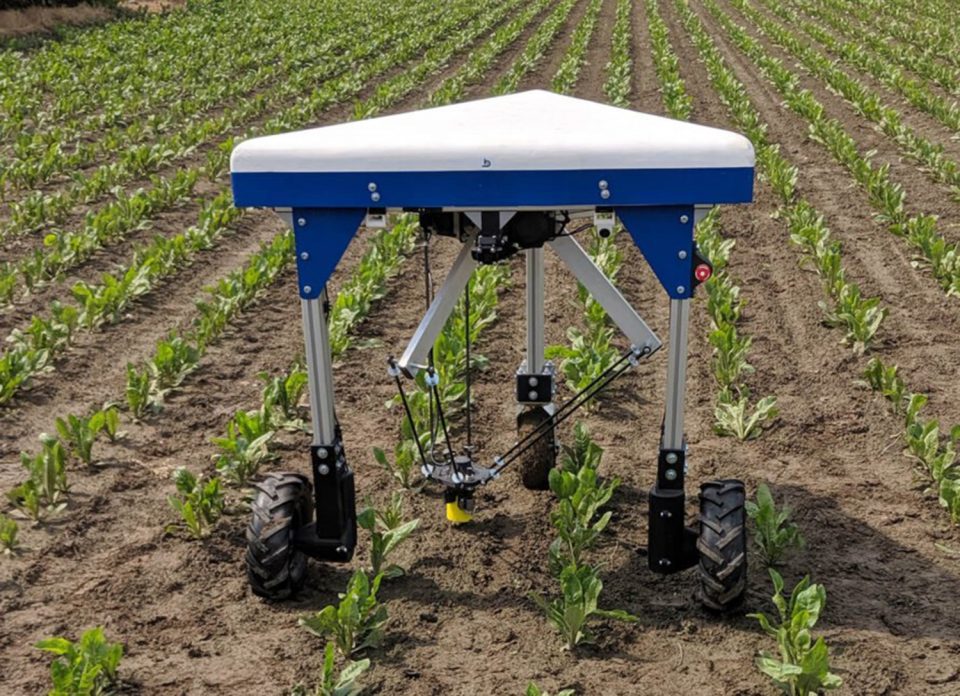 In May 2018, there was a prototype of an autonomous weeding robot that can scour fields for weeds and eliminate them with a single chemical jet blast made by Swiss start-up ecoRobotix. Odd.bot takes this concept to another level, a “greener” level – without chemicals.

In January 2020, Odd.Bot made its first appearance at the CES (Consumer Electronics Show) in Las Vegas, with an information booth and the weed-plucking machine on display. According to Odd.Bot’s founder and CEO, Martijn Lukaart, the device is intended for use in organic farming fields to help make the weed-pulling process easier for farmers who are currently doing the work manually. The robots can be rented as a helpful hand when crops mature or to clear fields for a kickstart to the growing season.

There are platforms for large-scale farmers that allow workers to lay face down as they are lifted through the rows of crops, which provide them with a more comfortable and quick way to pull weeds by hand—however, Odd.Bot can save the farmers their time and work the fields ahead of them, along with providing the crops, workers, and farmers many other advantages.

Some of Odd.Bot’s advantages include:

Odd.Bot, propelled on heavy-duty tires, autonomously strolls along rows of crops extracting weeds as it moves along. Sensors and cameras help the robot navigate and know the difference between growing crops and weeds. Once a weed is identified, a mechanism at the center of the robot extends down to pluck them.

Odd.Bot wants to move into the traditional farming market and plans to influence a diversion from conventional herbicide usage. “With our Weed Whacker, we aim to save more than 170.000 liters of chemical herbicides in the next seven years,” wrote the company’s website. Odd.Bot also hopes to directly or indirectly contribute to providing healthy food at a reasonable cost by making organic farming more profitable.