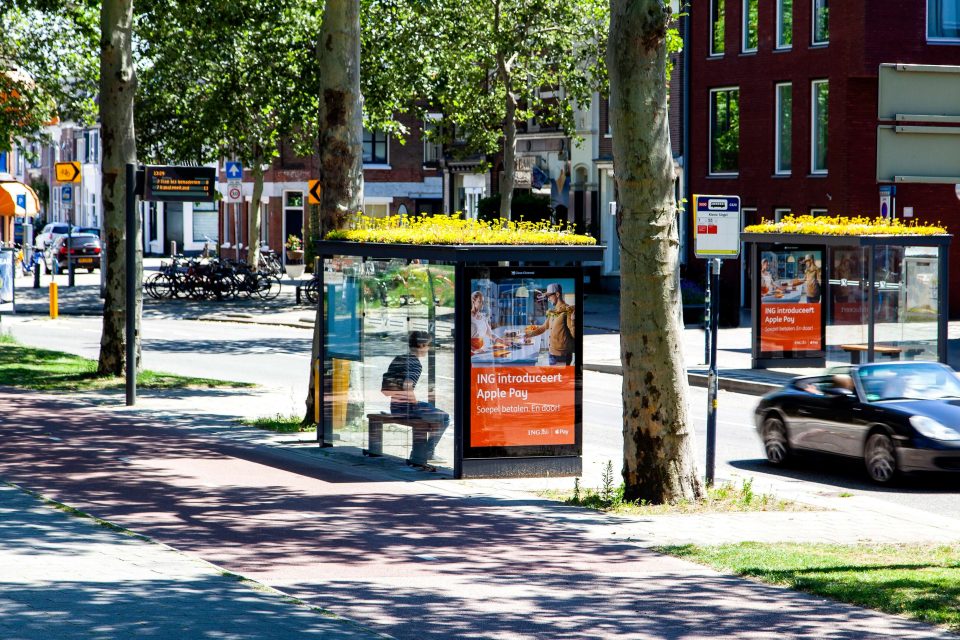 An unhealthy environment including bad air quality is the second main cause of disease in the Netherlands. But officials in Utrecht are taking measures to improve this.

There are 358 different bee species in the Netherlands but more than half of them are already endangered and have been placed on the Dutch Red List of threatened species. In response to this decline in the bee population, the officials of Utrecht have turned to urban beekeeping. 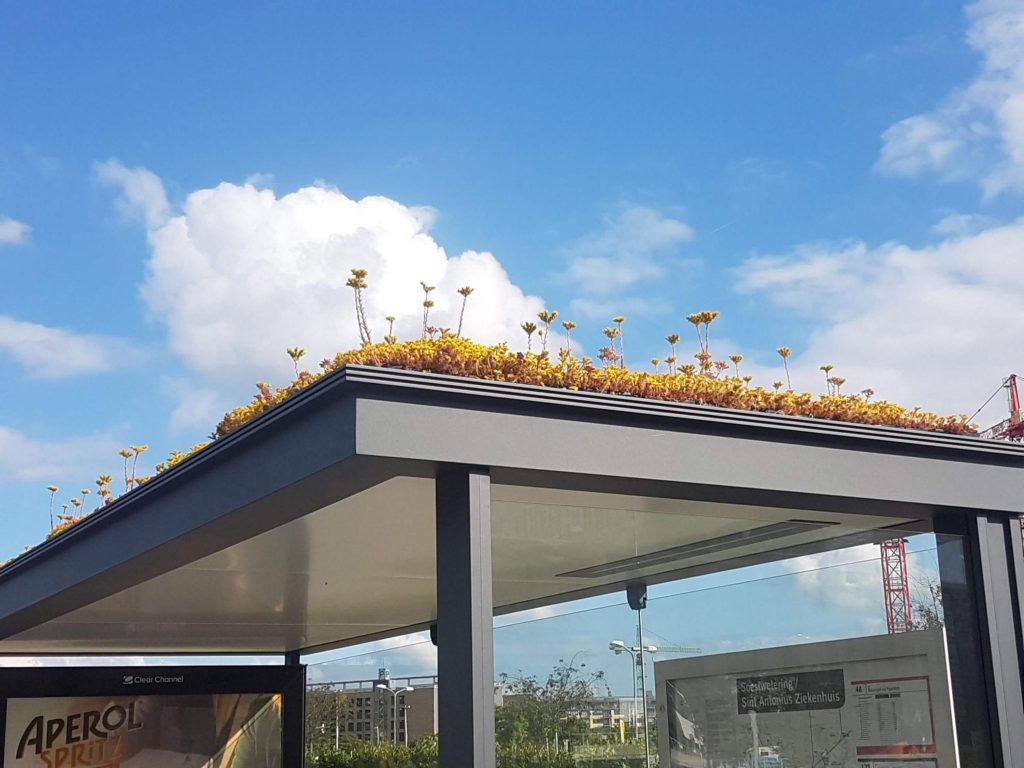 Now, a total of 316 bus stops have recently been transformed into bee stops. These bee stops are essentially standard bus stops with grass and wildflowers planted on the rooftops to encourage pollination. These bee stops not only support the city’s biodiversity by attracting honey bees, bumblebees, and other bee species, but they also capture fine dust, store rainwater and provide cooling in the summertime.

The roofs are mainly composed of sedum plants, which are favorite among pollinators. Workers who drive around the city in electric vehicles tend to these green rooftops. Although, they require little maintenance because sedum plants require very little water to survive. As far as the ‘bus stop’ part of it goes, for the human visitors, they have been fitted with bamboo benches and energy-efficient LED lights. 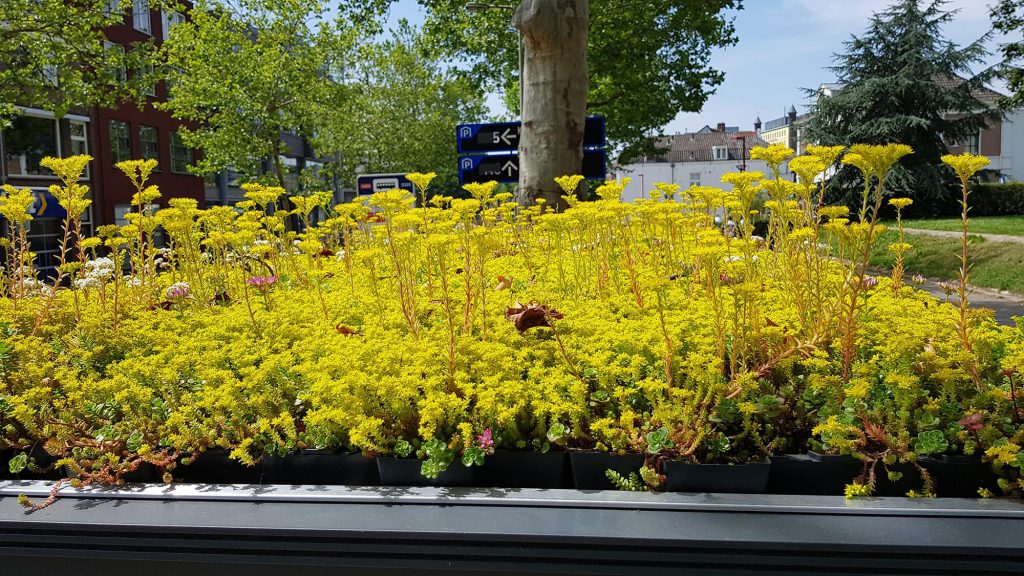 Utrecht has recently replaced 10 diesel buses for electric buses and plans to have 55 new electric buses by the end of the year. As part of its ‘completely clean transport goals,’ they plan to only operate CO2 neutral buses by 2028. The electricity used to power these buses will come from Dutch windmills which already power 100% of the trains in the Netherlands.

Meanwhile, bus drivers in Utrecht are incentivized to have a friendly and safe driving environment. The buses register how efficient and comfortable each driver operates the bus. They can even win prizes based on how well they drive! 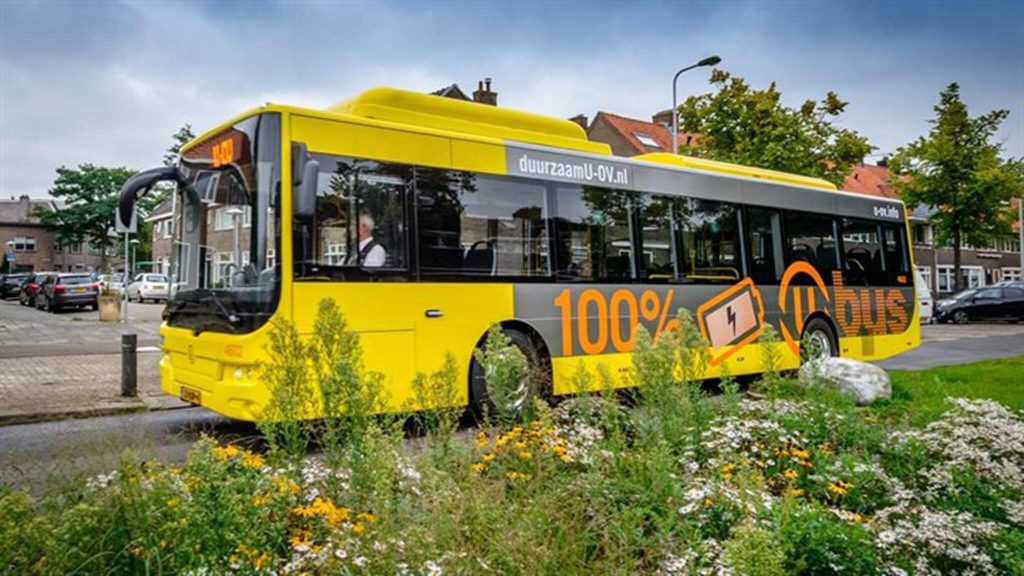 These are just some of many measures Utrecht has introduced to improve urban biodiversity and air quality. It also runs a program which allows residents to apply for funding to transform their own roofs into bee roofs.

How About Bee Stings?

The bees are attracted by the sedum plants on the roof, not by the people sitting underneath the roof. In general, bees are not aggressive at all, they are often mistaken for aggressive wasps. So, don’t worry, there is no need to fear these busy little bees on the bus stop green roofs. Panicking or trying to kill bees can make them feel threatened though, and this is when they fight back, so don’t panic, and leave them alone. 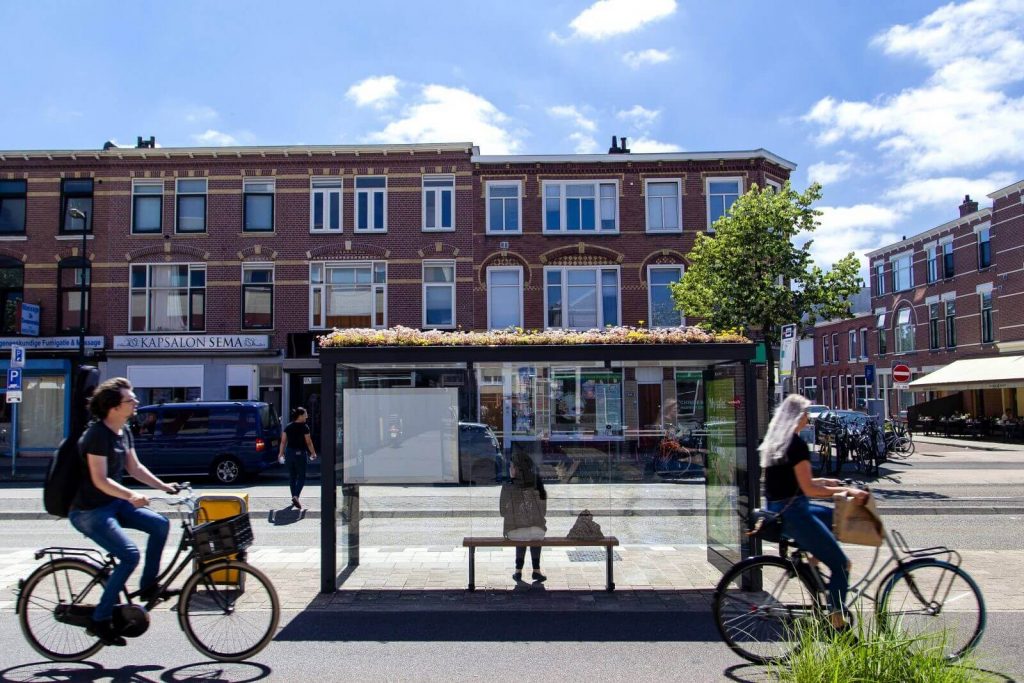 Low-Income Communities Continue To Have The Worst Air Pollution

Robert Downey Jr. Announces Launch Of The Footprint Coalition To Clean Up The World With Advanced Tech