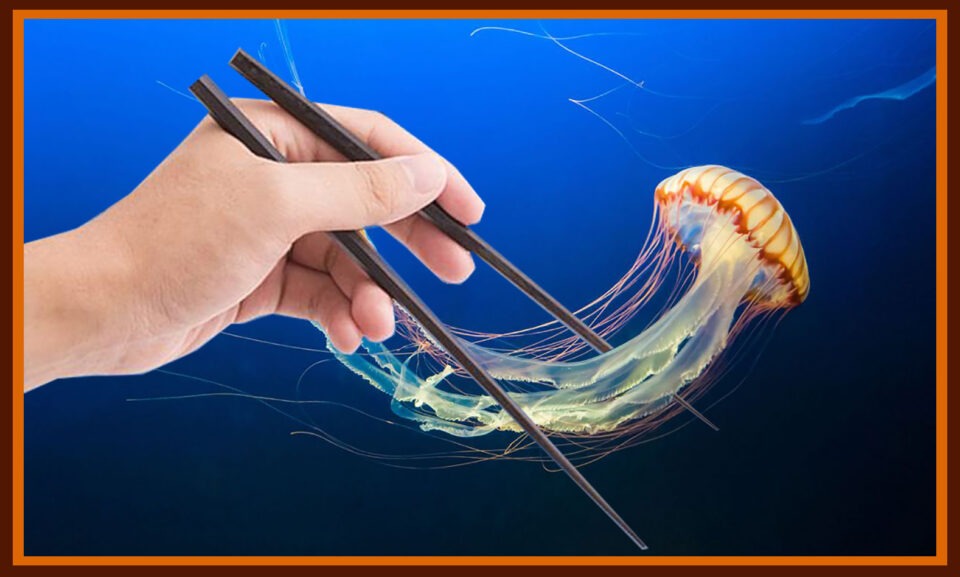 According to a new study conducted by scientists at the University of Queensland, Australia, we should eat more jellyfish and less fish if we want to save the planet.

Globally, up to 91 threatened fish species, including Atlantic horse mackerel, haddock, and bigeye tuna, are legally caught on an industrial scale. Approximately 15% of these species are then traded internationally, primarily for consumption in Europe.

Dr. Carissa Klein, who worked on the research, stressed:

It should be illegal to eat something that is threatened by extinction, especially species that are critically endangered.

Leslie Roberson, a co-author of the study, agreed, adding that “we would never consider eating mountain gorillas or elephants, both of which are endangered.”

The Queensland team advises that industrial harvesting should turn to more sustainable sources if people want to continue eating seafood. Jellyfish is a sustainable source, and it isn’t a new discovery. For over 1,700 years, jellyfish have served as a delicacy in cuisine dishes, but it never became a mainstream protein source worldwide; not yet, at least.

Marine biologist Lisa-ann Gershwin compared fishing jellyfish to apple-picking due to the way they reproduce. “With fish, you fish them out, and they’re all gone, but with jellyfish, it’s like picking apples from a tree. They have a life-cycle that the more you take out, the more they are producing, like apples on a tree,” Gershwin explained.

Jellyfish are also relatively healthy, with very few calories and a decent amount of protein. In one 75 gram serving, there are 4 grams of protein and only 36 calories.

The taste is non-existent; instead, it absorbs the flavor of the seasoning that the jellyfish is cooked in or served with. “They’re kind of squishy, kind of crunchy and chewy. In the mouth, it feels like a cross between cucumbers and rubber bands,” Gershwin described.

Other commonly enjoyed seafood dishes are taste-less. In most cases, it’s not about the flavor but about the tradition that makes them a delicacy.

A lot of our tastes for seafood are driven largely by culture and tradition. The obvious example is shark fin soup. Shark fins are basically tasteless, and it’s all about the seasoning and the sauce – and the status – that makes it a delicacy in China.