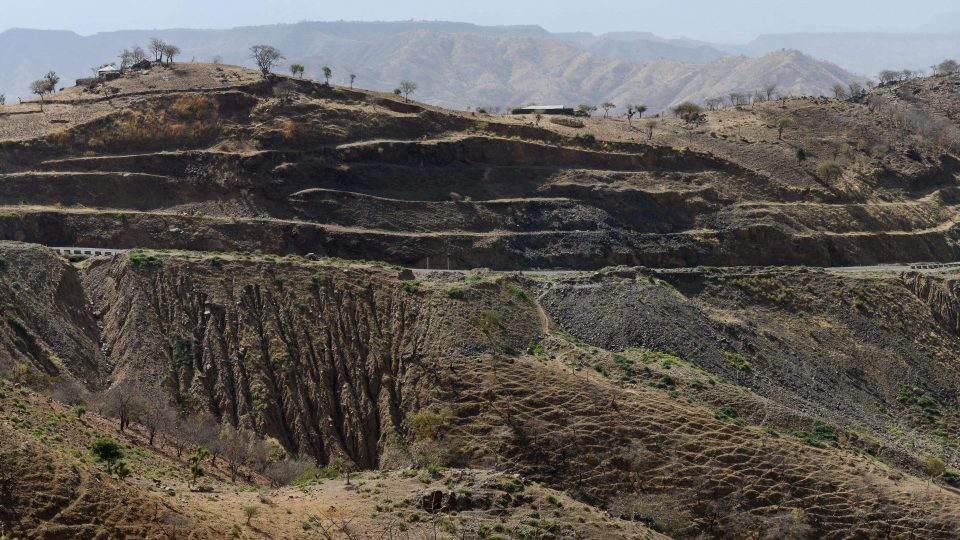 Ethiopia is Africa’s second most populous nation. It is being celebrated as one of the world’s fastest-growing economies. Unfortunately, the effects of the rapid expansion of its agriculture, construction and service sectors — as well as its ballooning population, now at 105 million — are taking their toll on the country’s natural environment. The pressure on land and forests is only set to increase with 70 million grazing animals and almost nine households in 10 still relying on wood for fuel.

As a result, Ethiopia now faces grave problems brought upon by deforestation. With tree cover vanishing daily, the land is drying out and becoming less fertile. The more dry and infertile the land becomes, the higher the risk of there being another one of Ethiopia’s periodic famines – like in 2017 when two million animals died as a result of drought.

Tree cover has fallen from 35% in the early 20th century to 13% today, leaving the country with barren rural landscapes and leafless cities. So to rectify the situation, 4 billion trees will be planted, which is equivalent to 40 per person. This ambitious campaign has been launched to improve Ethiopia’s suffering environment.

During the commencement of the campaign, as he planted the first seedling, Abiy Ahmed, the Prime Minister, said the trees would help to “transform our degraded environments for healthy lives and functional ecosystems.”

Hundreds of thousands of volunteers are needed for the planting and bedding in of the four billion saplings, which will include fast-growing bamboo ­grasses in areas threatened by mudslides and erosion. The agriculture ministry estimates the overall cost of this project at £300 million (US $548 million).

A gala dinner with Mr. Ahmed was held to raise money for planting and other improvements to the capital city, Addis Ababa. Two hundred guests paid US $173,000 each to attend last week. They will all be named on plaques along a tree-lined avenue.

If the project is to succeed, as much work as possible must be done in the rainy season, which ends in August. The initiative is ambitious. However, it is typical of Mr. Ahmed, who has made other radial reforms since he came into power last year.

Apart from creating forests and tree-lined streets, the authorities also plan to replace foreign species such as eucalyptus, which has been imported from Australia since the 1890s because it is a fast-growing material for fuel and building. Unfortunately, it has wreaked havoc on the environment, sucking up so much water that it is sometimes planted to drain swamps.

The reality is, Ethiopia is not the only country with this problem. Africa loses forest cover equivalent to an area the size of Switzerland every single year, and global deforestation accounts for at least a fifth of all carbon emissions. Every country has to act now before it is too late, and the damage is irreversible.

America’s Rats Are Becoming Cannibals Because Of The Coronavirus

Coronavirus Has Led to Drastic Improvements in U.S. Air Quality

Revolutionary New Material That Can Make Green Bricks From Waste