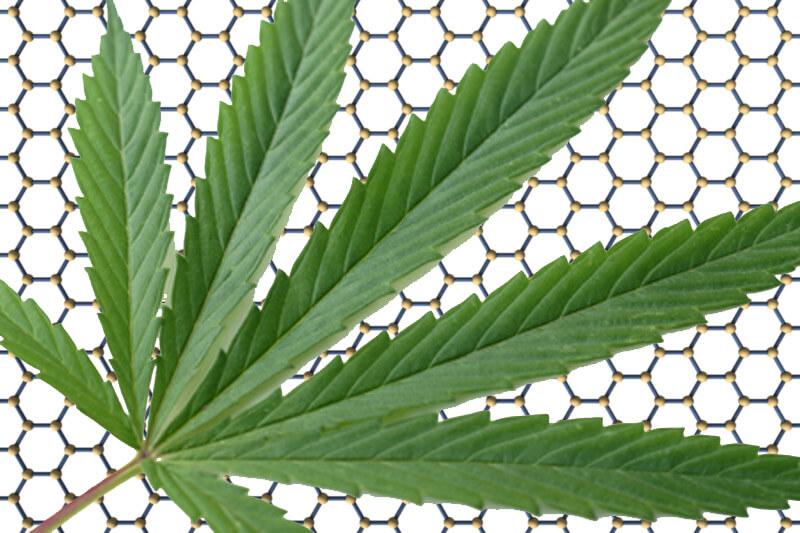 Researchers at the University of Alberta in Canada have developed a high-performance electrode material for supercapacitors at just one-thousandth the cost of the more commonly used graphene.

This advance could lead to supercapacitors that are not only cheaper but also able to operate under harsh environmental conditions. We can look this as a two-fold win.

The team, led by Prof. David Mitlin, was able to build supercapacitor electrodes from the inner bark fibres of hemp, a waste product of hemp used for construction material.

“Our material is very graphene-like in its performance, but cost-wise it’s about one thousand times cheaper,” says Mitlin. “As far as manufacturing, we did the cost analysis and it’s anywhere between $500 and $1,000 a tonne.”

The performance of the supercapacitors was on par with, or better than, standard graphene-based supercapacitors, even at a thousandth of the cost, and processed with ease.

Unlike rechargeable batteries, which sip up energy over several hours, supercapacitors can completely charge and discharge within seconds.

Hemp inner bark fibres, or bast fibres, are similar to yarn in their outward appearance. However, under a microscope, they reveal a nanoscale composite consisting of semicellulose, lignin and crystalline cellulose. Crystalline cellulose makes up around 70% of the material by weight, and this is what these researchers are interested in because it can be processed to obtain graphene-like carbon nanosheets.

The researchers heated the fibres for 24 hours, at around 350°F (180°C), essentially pressure cooking the fibres in water to dissolve the semicellulose and lignin components. They then exposed the resulting material to potassium hydroxide to create the carbon nanosheets.

The resulting nanosheets are crumpled and riddled with holes, but as it turns out, this is a very good thing when it comes to building supercapacitor electrodes.

The surface area of the electrode must be as high as possible in order to build high-efficiency capacitors so that electrically charged ions can access the material easily and transport charge effectively.

Graphene, in its purest form, is very flat, one atom thick sheet of carbon atoms. However because they are so flat, when laid out next to each other on a flat surface, the sheets tend to stack on top of each other. This decreases the surface area of the electrode, and consequently negatively impacts its performance over time.

Because the hemp-derived nanosheets come pre-crumpled, they don’t stack on top of each other as much, and because they have holes, there is a greater increase in the surface area accessible by ions.

“Our device’s electrochemical performance is on par with or better than graphene-based devices,” Mitlin says. “The key advantage is that our electrodes are made from biowaste using a simple process, and therefore, are much cheaper than graphene.”

“Obviously hemp can’t do all the things graphene can,” Mitlin says. “But for energy storage, it works just as well. And it costs a fraction of the price -$500-1,000 a tonne.”

The 10-30 nanometer thick sheets are highly electrically conductive, which is essential for supercapacitors. They aren’t quite as conductive as graphite, which is the most stable form of carbon under standard conditions, but Mitlin says they are 10 times more conductive than state of the art activated carbon.

The nanosheets can also operate under temperatures between 0 and 100°C (32 to 212°F), unlike other supercapacitors.

“We’re past the proof-of-principle stage for the fully functional supercapacitor,” Mitlin says. “Now we’re gearing up for small-scale manufacturing.”

I believe it's better to focus on the solutions to problems than simply complaining about the problems without solutions in mind. I have 10 years of experience in publishing and social media work. I also have a B.Eng in Robotics from UWE.

This VTOL Aircraft Flies Without Any Blades!