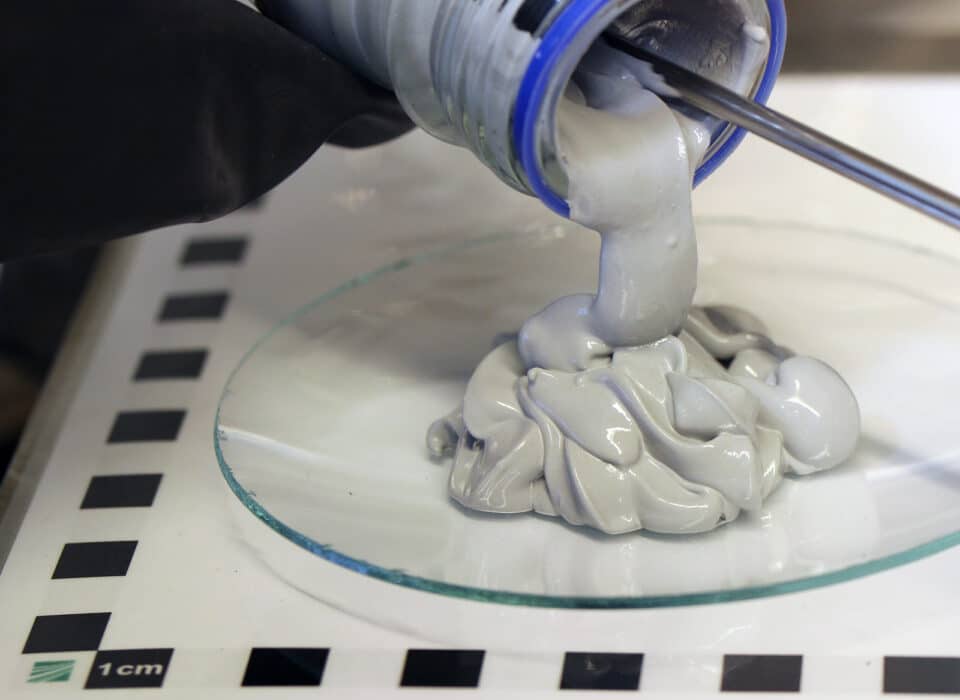 Climate change is rendering engines powered by fossil fuels a thing of the past. New propulsion systems will be needed fast, and hydrogen fuel cells are among the most promising alternatives. The future car could be powered by hydrogen fuel instead of gasoline and other hydrocarbon-based fuels.

However, one of the reasons hydrogen fuel hasn’t taken off yet is that it’s incredibly volatile and challenging to store and transport. That’s why it’s only being used in cars or larger vehicles for now because the installation of a high-pressure tank to store the fuel in small vehicles, like scooters, is impractical.

Fortunately, a research team at the Fraunhofer Institute for Manufacturing Technology and Advanced Materials IFAM in Dresden has figured out a way to overcome this obstacle of hydrogen storage: they’ve turned the gas into an easy-to-use paste. POWERPASTE, as it is called, provides a secure way of storing hydrogen in a chemical form that’s easy to transport. It’s also simple to replenish since it doesn’t require an expensive network of filling stations.

The hydrogen-containing paste is based on magnesium hydride, making it easier to use because it can be kept at atmospheric pressure and room temperature and released on demand. POWERPASTE only begins to decompose at around 250°C, meaning that even if the vehicle is left to sit in the scorching sun for hours, it’s safe. Plus, magnesium is one of the most abundant elements on the planet, so it’s a readily available raw material.

POWERPASTE thus has a huge energy storage density. It is substantially higher than that of a 700 bar high-pressure tank. This means that POWERPASTE offers a range comparable to – or even greater than – gasoline. And it also provides a higher range than compressed hydrogen at a pressure of 700 bar. And compared to batteries, it has ten times the energy storage density.

Its high energy storage density increases the vehicle range significantly. For example, drones fueled by POWERPASTE can fly for several hours instead of a mere 20 minutes.

And refueling is extremely easy. People can replace an empty cartridge with a new full one and refill a tank with water instead of going to a filling station. It can even be done at home. Or regular filling stations and shops could sell POWERPATE in cartridges for refueling on the go. That also means saving lots of money on infrastructure and overcoming the current lack of infrastructure.

The first POWERPASTE pilot factory is scheduled to begin operating this year, producing four tons of energy cream annually. It will be located at the Fraunhofer Project Center for Energy Storage and Systems ZESS.

Non-Recyclable Waste Is A Commodity: It’s Feed To Generate Electricity