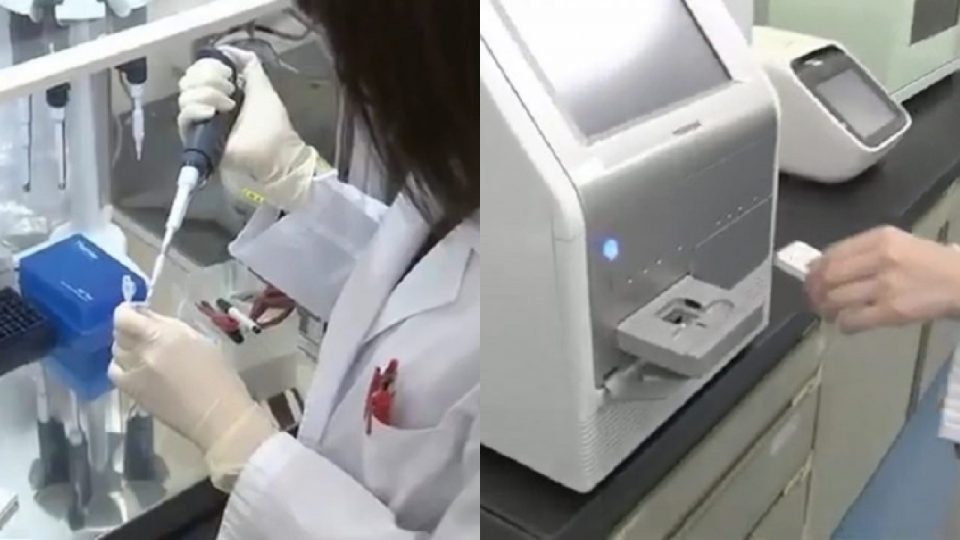 There’s a new cancer testing device by the Toshiba Corp. that can detect 13 different cancers from a single drop of blood. What’s truly remarkable about the technology is that it can do so with 99% accuracy!

The diagnosis method was developed in collaboration with Tokyo Medical University and the National Cancer Center Research Institute. Toshiba hopes to commercialize the technology within the next several years. It plans to start trials next year to confirm its efficacy and eventually use it in public institutions.

The company says the method could be used to detect and enable the treatment of cancer in its early stages. The technique is safe and very quick. The chip Toshiba developed, which conducts the diagnosis, can deliver a result in less than two hours! Furthermore, the device is small, which reduces the cost of manufacturing them. Meaning, a blood test will end up costing only ¥20,000 ($180) or less.

The device is designed to examine the concentrations and types of microRNA molecules which are emitted into the bloodstream by the cancer cells. Other companies, such as Toray Industries Inc., have also developed technologies that can diagnose cancer using this technique of analyzing the microRNA molecules from a blood sample. However, Toshiba claims their method is more accurate.

Compared to other companies’ methods, we have an edge in the degree of accuracy in cancer detection, the time required for detection and the cost.

The 13 different cancers this device can be used to detect are esophageal, gastric, bladder, liver, pancreatic, lung, biliary tract, bowel, prostate, ovarian, breast cancers, glioma, and sarcoma. Toshiba suggests the device could be used during routine health checkups. In its April 2019 five-year business strategy, Toshiba has expressed genome analysis, cell diagnosis, automation, batteries, and artificial intelligence as of importance to the company’s growth.