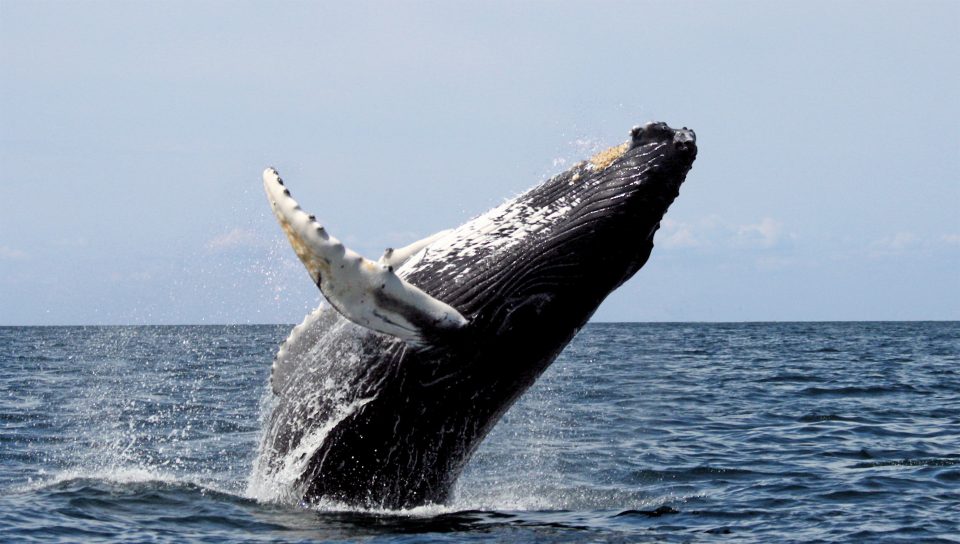 After their population was almost wiped out, a significant amount of Western South Atlantic (WSA) humpback whales appeared out of nowhere off the coast of South America.

Around the world, there are 16 populations of humpbacks, of which four are considered endangered and one is threatened. Over hundreds of years, hunters killed around 300,000 humpback whales worldwide. In the 1900s, the WSA humpbacks were quickly depleted, with about 25,000 whales hunted in just 22 years. By the mid-1950s, only 450 humpbacks remained.

In the 1960s, protections were put into place to help prevent the species from dying out. For almost five decades, the whales didn’t seem to be rebounding until recently. A new study finds that the population is now up to around 25,000 whales, which is about 93% of their population size before hunting began in the 1700s.

Alexandre Zerbini, a whale expert and lead author of the study said:

This is a clear example that if we do the right thing, then the population will recover. I hope it serves as an example that we can do the same thing for other animal populations.

Zerbini and his colleagues collected their data from aerial counting missions, which potentially could have missed some whales because planes move very quickly. Additionally, they also gathered data from boat surveys, which run at a slower pace. They published the study in the journal Royal Society Open Science. The team believes that by 2030, there is a “high probability” the WSA humpbacks population will recover to 99% of its pre-exploitation numbers.

The concern now is that global warming could affect their future. “It appears that the krill are moving southwards with global warming, and that could force the whales to compete with penguins and fur seals for food,” Zerbini said.

The recovery of humpback whales in the western South Atlantic has the potential to modify the structure of the ecosystem in their feeding habitats around South Georgia and the South Sandwich Islands. For this reason, it is important to continue monitoring the abundance and potential shifts in distribution to understand how krill and their predators, including whales, will respond to effects from climate change and whether these effects will impact their populations.

The critical lesson to take away, from the significant return of the WSA whales, is that animals can be incredibly tough if only we give them the necessary space to thrive and stop killing them.