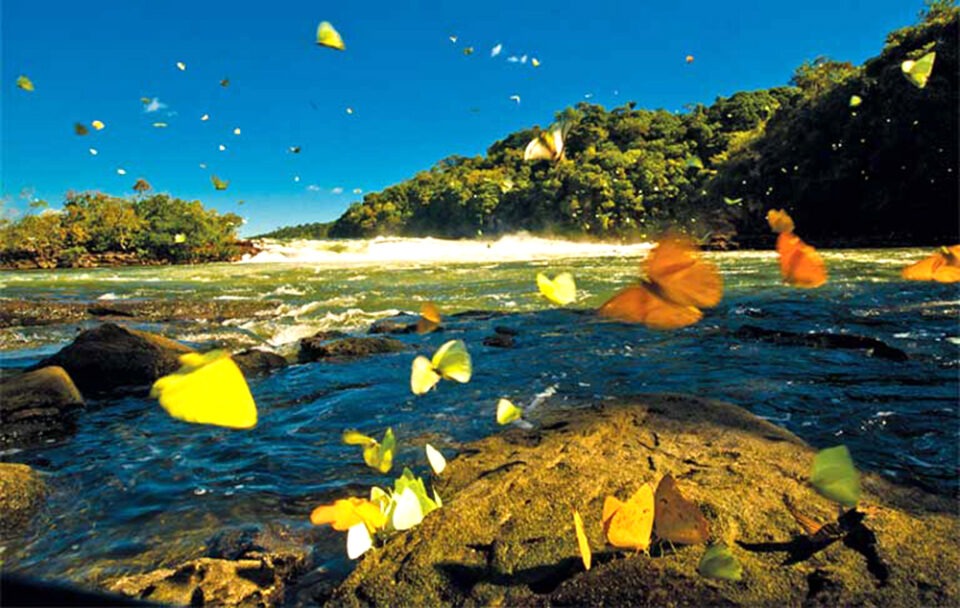 With the support of the UN’s Sustainable Development Solutions Network, the Science Panel for the Amazon (SPA) has been launched. The SPA is an ambitious cooperative conservation project. It brings together all the existing scientific research on the Amazon biome. It consists of 150 experts – including ecological, climate, and social scientists; political strategists; economists; and indigenous leaders. Most of the members are from Amazon countries.

Once the group has finalized the consolidation of current research, it will propose conservation solutions and policy suggestions (backed by science) to secure the region’s future – ecologically and that of the social and economic well-being of its 35 million inhabitants. The first report is set to be released in April 2021.

The Amazon is the largest tropical forest in the world. More than 10% of the known plant and animal species coexist there. On just two forested acres there is a greater variety of trees than in all of North America. Just one of these trees can host as many ant species as there are in the entire United Kingdom. In the Amazon basin, there are over 2,300 species of fish, more than can be found in the entire Atlantic Ocean. Close to one-sixth of the planet’s freshwater flows through its rivers and streams. The Amazon forest is also a buffer against climate change; it regulates climate variability and stores around 130 billion metric tons of carbon, almost a decade of global emissions of carbon dioxide.

Today, this ecosystem of over 7 million square kilometers is threatened by deforestation, fires, mining, oil and gas development, large dams for hydroelectric generation, and illegal invasions. A forested area the size of Luxemburg was lost in the month of July 2019 alone. We, scientists of the Amazon and those who study the Amazon, have come together under the auspices of the Sustainable Development Solutions Network (SDSN) to contribute our knowledge and experience to a scientific assessment of the state of the diverse ecosystems, land uses, and climatic changes of the Amazon and their implications for the region.

The report is the first carried out for the entire Amazon basin and its biome. It will call upon companies, civil society, governments, and people all over the world to implement the recommendations and work together for the development of a sustainable Amazon.

Last year, the entire world watched in horror as the Amazon went up in flames. Over 1.7 million hectares of Amazonian primary forest were lost. This year doesn’t look like it will be any better. Deforestation in Brazil increased by 17% in August and 26% in the first six months of 2020 (compared to last year). Brazilian President Jair Bolsonaro’s anti-environmentalist agenda is to blame.

Unfortunately, the Amazon rainforest is now reaching a tipping point of collapse. If it does, there’s no recovery. The deforested land could turn into savannas due to the changes in hydrological cycles being too severe. It can sometimes take decades, or centuries, for areas to recover from fire and deforestation.

The Amazon has lost almost 20% of its forest cover over the last five decades. If just 3-8% more is lost, it could cause the entire ecosystem to breakdown. The rainforest won’t receive enough precipitation to maintain. If the lush, moist, and biodiverse rainforest turns into dry degraded savanna, a vast amount of forest-stored carbon would be released into the atmosphere, which would further destabilize the global climate.

However, deforestation doesn’t only fuel climate change and the murder of indigenous tribes; it also intensifies the spread of diseases. There is an incalculable number of microorganisms in the Amazon. When humans invade it, they destroy the natural contained reservoirs of pathogens and viruses, allowing them to spread into our world and potentially cause a pandemic.

The plan to save our Amazon, the planet’s biological heart, will be developed by scientists but must be implemented by the Amazonian countries and supported by all nations worldwide. For example, companies selling products on other continents that come from the Amazon (and the customers buying them) are equally responsible as the illegal loggers.

We all have to be more aware of the effects our actions have on the world. There is still hope. Perhaps the unified voice from the scientific community will inspire the betterment of human behavior and long-lasting positive changes in the Amazon.

Poland Presents An Updated Energy Strategy To Transition To Renewables

Research Reveals Over 1,000 Sharks And Rays Tangled In Ocean Waste

All Imported Waste In Morocco Is Recycled