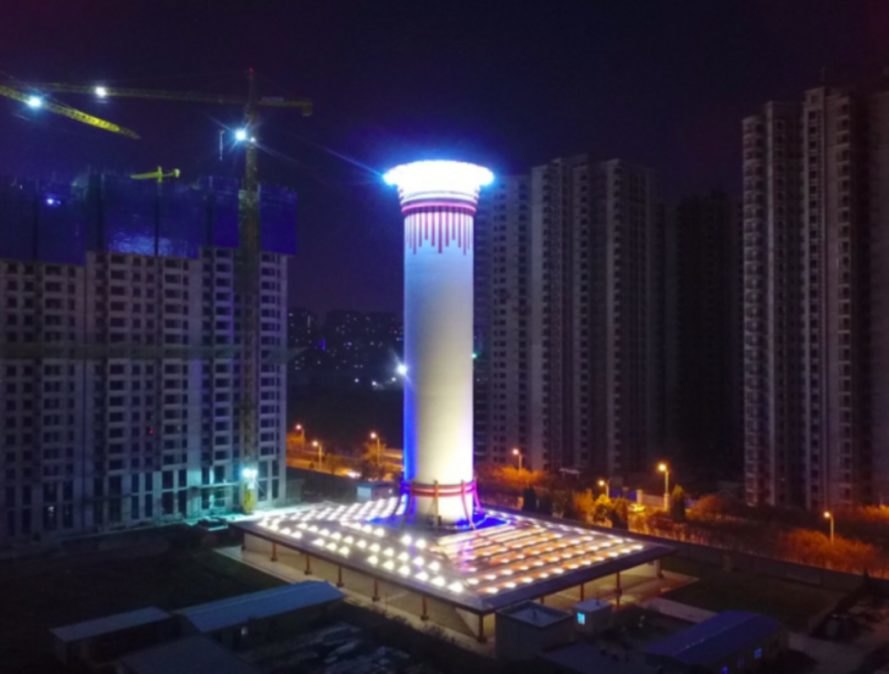 An experimental tower has been built in Xian in Shaanxi province, northern China that is said to be the largest air purifier in the world standing at over 100 meters (328 feet) high. It has been undergoing testing by researchers at the Institute of Earth Environment at the Chinese Academy of Sciences to quantify its effectiveness. Authorities are seeking ways to tackle the nation’s chronic smog problem and this could be a good solution if they can prove it works well. The scientist leading the project claim it has brought a noticeable improvement in air quality, although further testing is required.

“The tower has no peer in terms of size… the results are quite encouraging.” – Cao Junji 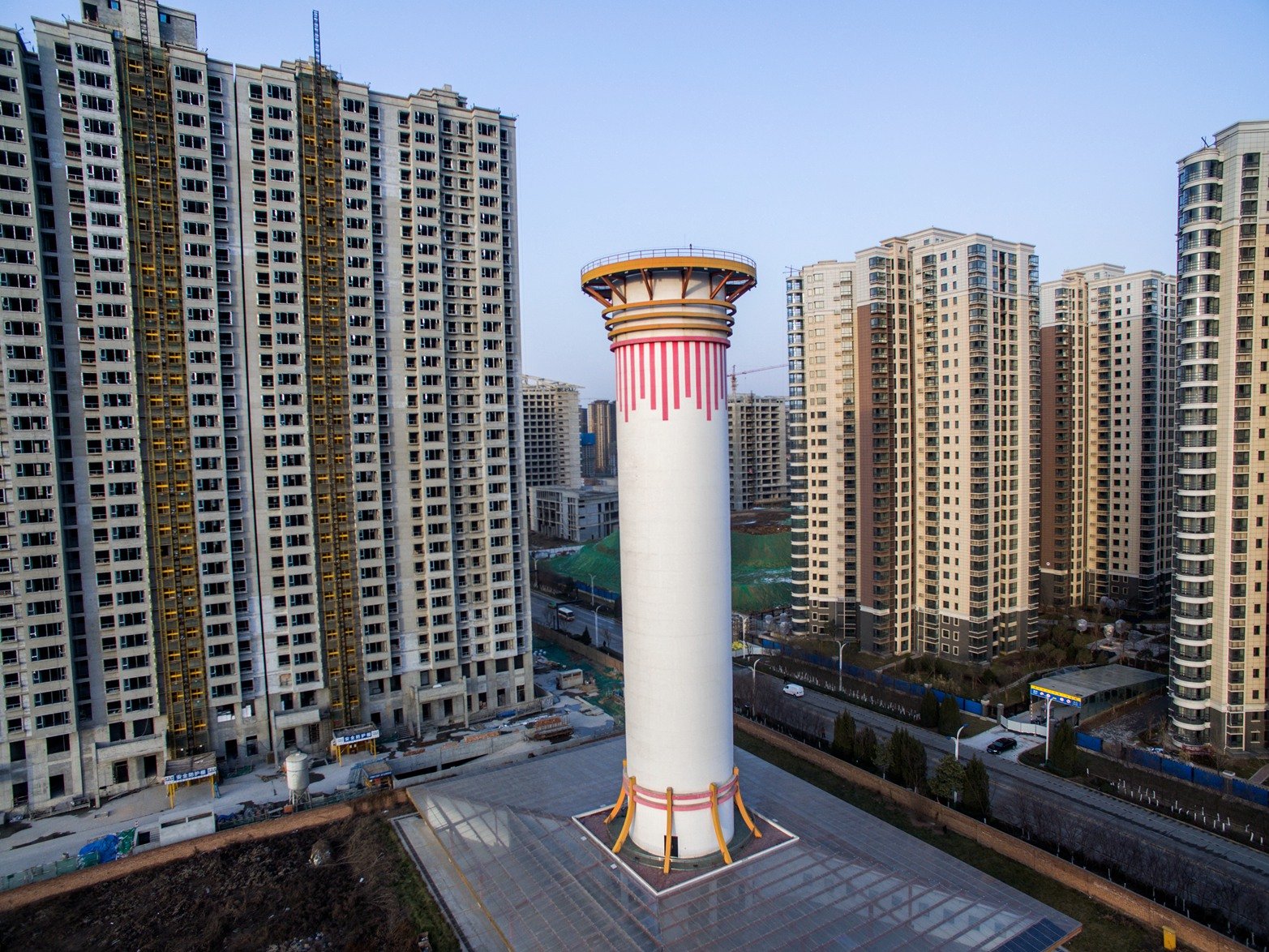 Around the base of the tower is a system of greenhouses that cover an area about half the size of a soccer field. It sucks polluted air in and heats it up with solar energy. The heated air then rises up through the tower and passes through multiple layers of cleaning filters. According to Cao Junji, head of research, they have observed improvements in air quality over an area of 10 square kilometres (3.86 square miles) in the city over the past few months and the tower has managed to produce more than 10 million cubic metres (353 million cubic feet) of clean air a day since its launch. Furthermore, on severely polluted days the tower was able to reduce smog close to moderate levels. 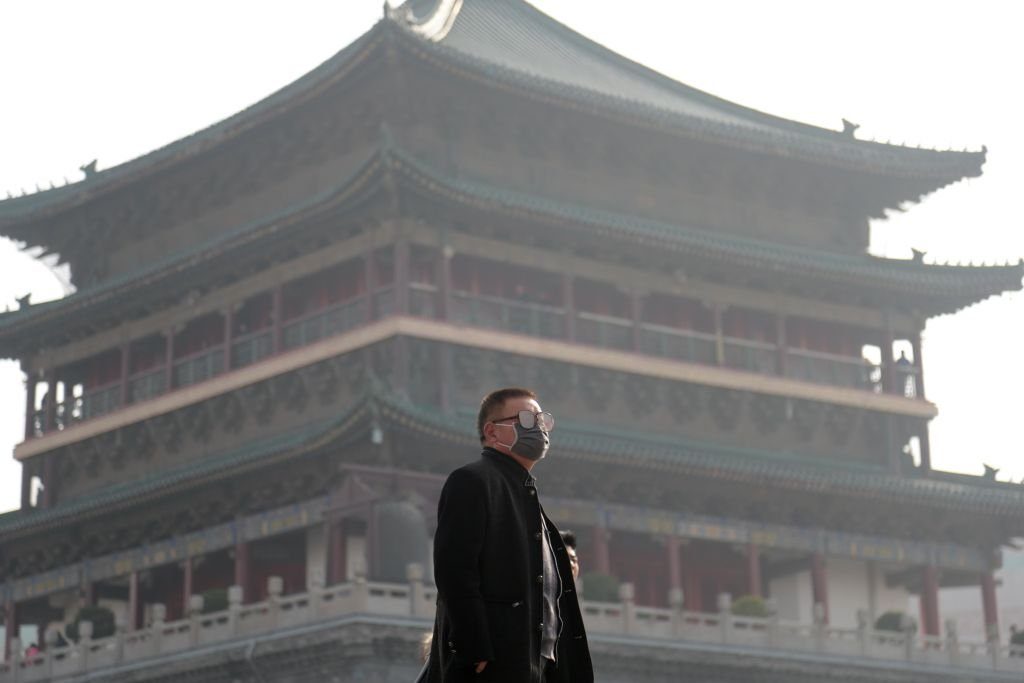 Winter time in Xian experiences the heaviest amount of pollution since the majority of the city’s heating relies on coal. Because of this, the tower is designed especially apt to be fully functional through the winter months. The system at the base still works in the cold months as coatings on the greenhouses enable the glass to absorb solar radiation at a much higher efficiency.

Regarding electricity demands, the tower required little power to run. Cao proudly said, “It barely requires any power input throughout daylight hours. The idea has worked very well in the test run.”

There are a dozen pollution monitoring stations in the area to test the tower’s impact. They were set up by Cao’s team who regularly check the results, keeping tabs on the towers overall performance, as well as its functionality over time, through the seasons and changing weather conditions. So far, the average reduction in PM2.5 – the fine particles in smog deemed most harmful to health – fell 15 per cent during heavy pollution. These results are preliminary because the experiment is still ongoing. 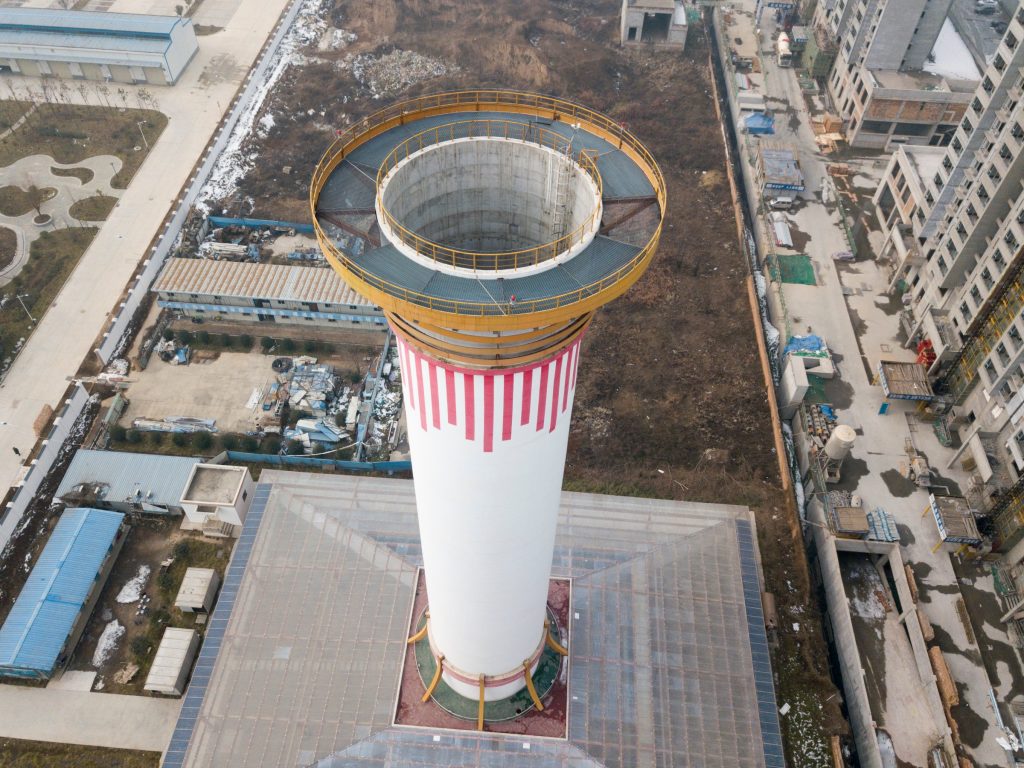 The purpose of this project is to find an effective, low-cost method to artificially remove pollutants from the atmosphere. China has already housed what was previously thought to be the largest smog tower in China by Dutch artist Daan Roosegaarde at 798, a creative park in Beijing. That one was only seven meters (23-feet) tall and produced about eight cubic metres (282.5 cubic feet) of clean air per second.

The experimental facility in Xian is a scaled-down version of a much bigger smog tower that Cao and his colleagues hope to build in other cities in China in the future. A full-sized tower would reach 500 metres (1,640 feet) high with a diameter of 200 metres (656 feet), according to a patent application they filed in 2014. The size of the greenhouses could cover nearly 30 square kilometres (11.6 square miles) and the plant would be powerful enough to purify the air for a small-sized city.

Several people in Xian told the South China Morning Post they had noticed the difference since the tower started operating. Heres what the people are saying:

3D Printed Lithium-ion Battery Can Take On Any Shape