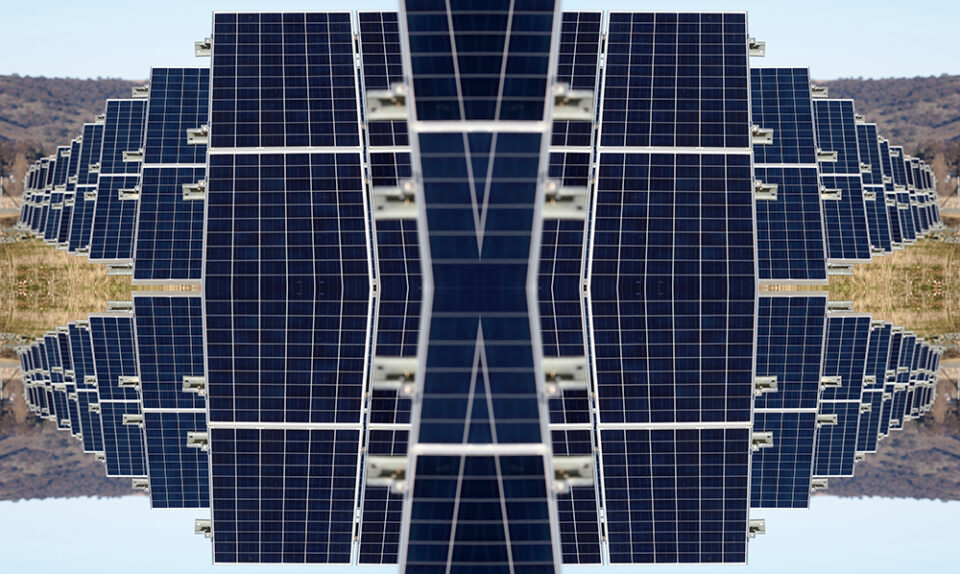 The location for Sun Cable’s 10-gigawatt solar project – an ambitious undertaking to power Singapore from Australia – has been announced. The soon-to-be world’s largest solar farm will be housed at an outback cattle station in the Northern Territory, halfway between Darwin and Alice Springs, called Newcastle Waters. The site will take up around 12,000 hectares.

Its location is a meeting point of a few key criteria. It’s on the Adelaide to Darwin rail corridor, which is brilliant for our logistics given the enormous amount of material we’ll have to transport to the site. It was also within 30km of the Stuart Highway, the main highway running through the sparsely populated Northern Territory.

It’s a bit of a balancing act too because it’s far south enough to get away from the main patch affected by the wet season, so it’s a steady solar resource throughout the year. There’s plenty of sun and not many clouds. The site isn’t so far south that it makes the costs of transmitting the electricity to Darwin too high, and the existing land is really ideal for the construction of a solar farm as it’s extremely flat.

It will cost $20 billion, but Sun Cable already has investors, including billionaires Andrew ‘Twiggy’ Forrest and Mike Cannon-Brookes. The Morrison government granted the company major project status in July.

The company has already submitted a referral for the project to the Northern Territory’s Environmental Protection Authority – step one of a lengthy approvals process. If all goes smoothly, they’ll be granted permission to begin construction in late 2023, connect to the grid by 2026, and export energy by 2027.

Sun Cable would export two-thirds of the power to Singapore by high-voltage direct-current undersea cables. The rest would be sent to Darwin via overhead transmission lines or fed into the Northern Territory’s power grid. Sun Cable would provide around 20% of Singapore’s electricity needs. The island-nation is looking to transition away from its increasingly expensive gas-fired power system towards renewable energy, but it’s limited in available land.

How To Make Fascinating Handcrafted Musical Instruments Made From Everyday Materials

This Inflatable Bamboo Structure Unfolds Like Origami Into A Beautiful Greenhouse