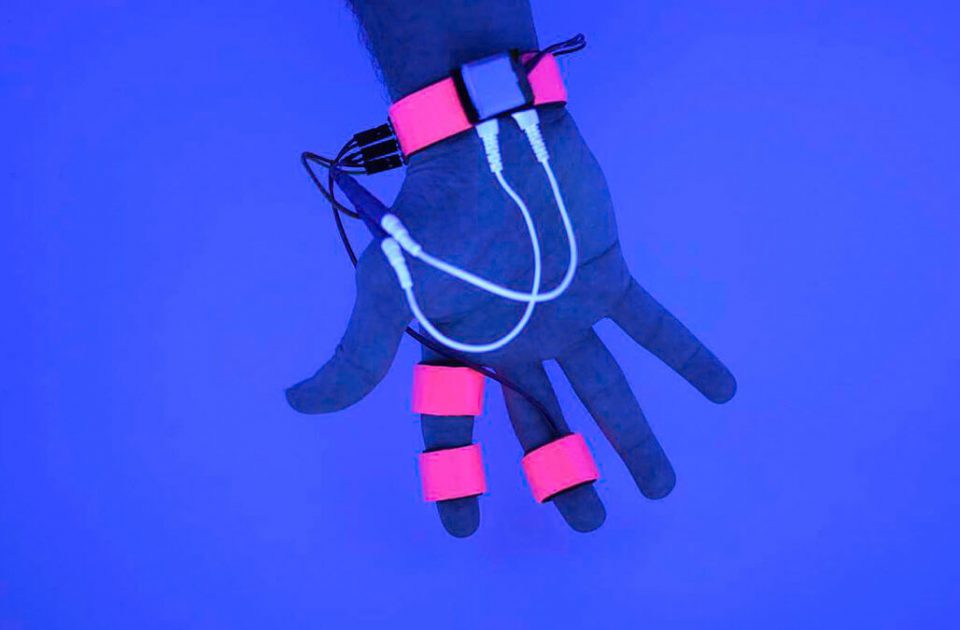 There is a borderland we all pass through when going from waking life to deep sleep. We stay in this transitional moment of half-wakefulness for only a few minutes. It is when we dream, and some may even experience a series of micro-dreams. Most don’t remember any of it at all, but some do, and they’ll usually recall random bits that often won’t make much sense. Although, a team of MIT Media Lab Fluid Interfaces Group and Dream Lab researchers wants to change that.

Led by MIT master’s student Adam Horowits, the group has developed a relatively simple device called Dormio. It serves as an interface to this unique stage of sleep called hypnagogia. The researchers believe this liminal period is a fount of creativity that gets lost when the person falls over the edge into a deep slumber. The hypothesis is that if you can just phase into hypnagogia long enough to the point right before you fall asleep, then return to consciousness, you’ll benefit creatively from the strange micro-dreams experienced during that transition to sleep.

Dreaming is really just thinking at night. When you go inside, you come out differently in the morning. But we have not been asking questions about the experience of that transformation of information or the thoughts that guide it.

People don’t know that a third of their life is a third where they could change or structure or better themselves. Whether you’re talking about memory augmentation or creativity augmentation or improving mood the next day or improving test performance, there’s all these things you can do at night that are practically important.

The open-source wearable glove-like device is supposed to help the user track and interact with their dreams – ultimately even giving them control over their dreams. It does so with the help of a host of sensors that detect which state of sleep the wearer is in. When the wearer is in hypnagogia, the glove plays a pre-recorded audio cue.

The Dream Lab tested Dormio in a 50-person experiment. They had the glove say “tiger” at the point between consciousness and unconsciousness, and it actually inserted a tiger into the wearer’s dreams! The project is in the works, but they hope to eventually be able to improve people’s moods and more by developing a way to tap into dreaming.

Salvador Dalí, Thomas Edison, and Nikola Tesla all performed a similar practice when they took naps with a steel ball in hand to wake in the hypnagogic state when the ball fell to the floor. They said it helped to open their creative minds. Dormio is just a 21st-century updated version of the steel ball.

A Six-junction Solar Cell has a New World Record 47.1% Efficiency

17 Year Old Built a Newtonian Reflector Telescope at His Home

Mammals Can Inhale Through Their Butts In Emergencies