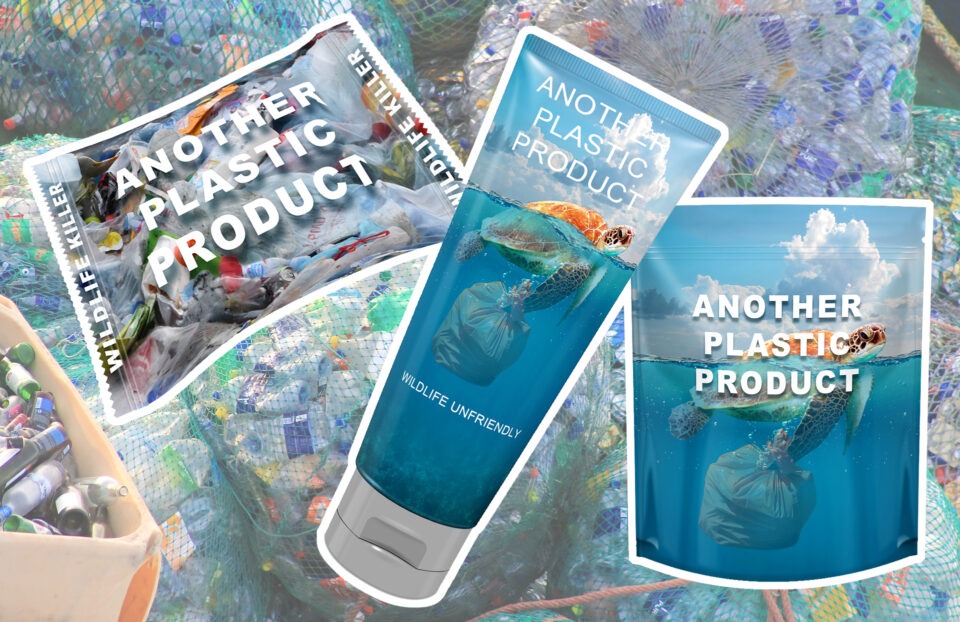 We’ve heard it time and time again; the plastic pollution problem is getting out of hand. A massive truckload of plastic waste enters the oceans every minute because of the current global “throw-away” culture. The single-use plastic is littering beaches and endangering wildlife.

Microplastic particles, created when the waste breaks down into smaller fragments, have been found in Earth’s most remote regions, like the Arctic. In the oceans, marine creatures eat these particles, mistaking them as food. We eat and breathe the microplastic, too – as much as a teaspoon per week. These microscopic bits of plastic have even been found in our milk and vegetables!

The scary thing is, its production continues to increase at an exponential rate. Meanwhile, waste management systems worldwide can’t recycle or safely dispose of accumulating plastic waste. We are producing obscene quantities of plastic products without adequate measures to regulate their use and manage their dumping.

A new global analysis by 17 international experts used computer modeling to track the stocks and flows of plastic worldwide. It shows what happens when all the waste is mismanaged and goes further to simulate applying existing solutions and technologies. The results show that it’s possible to cut annual flows of plastic into the ocean by around 80% by 2040. However, no single solution alone can achieve this outcome – it was a combination of all solutions that reached the 80% reduction.

One of the experts involved in the study, Ed Cook from the University of Leeds, said:

The interventions explored here are all achievable using existing and already mature technologies. The suite of approaches we’ve proposed is already within our capability – but it requires the political, societal, and corporate will to achieve it. There is not one single solution. We can’t simply say we’re going to recycle everything or use less material; we need to take a holistic approach and look at the whole system.

The new study also presented a series of projections. If nothing changes and we carry on with a business-as-usual approach, then 1.3 billion tons of plastic will be dumped in the oceans and on land between now and 2040. If an immediate and globally-coordinated effort happens to reduce plastic use, there will still be around 710 million tons of pollution. So, even in the best-case scenario, there will be a massive build-up of plastic waste.

The biggest takeaway from our work is that if we don’t do anything, the plastic pollution problem is going to become unmanageable. Doing nothing is not an option.

This scientific inquiry has, for the first time, given us a comprehensive insight into the staggering amounts of plastic waste that are being dumped into the world’s terrestrial and aquatic ecosystems. We now have a much clearer picture of the sources of pollution and where it eventually ends up.

Unless the world acts, we estimate more than 1.3 billion tonnes of plastic pollution will end up on land or in water bodies by 2040. Enormous as that figure is, it could be even bigger if it were not for the fact that a vast quantity of waste is openly burned—but that burning also carries a major environmental cost.

Modern incinerators with air pollution control technology, emit very few hazardous substances. But with open burning, the combustion is often incomplete, and all sorts of potentially toxic emissions are released, resulting in a range of negative health outcomes. Those obnoxious substances are being breathed in by people who are working with waste and also in the communities that live nearby.

Burning is a double-edged sword. It reduces the amount of plastic that could eventually end up in the seas and on land. Still, it also poses many other environmental problems, including a significant contribution to global warming.

Around two billion people worldwide don’t have access to a waste collection service. According to the United Nation’s Global Waste Management Outlook, that figure is expected to rise to four billion people by 2040. Just giving these people a proper means to dispose of plastic could help the pollution problem significantly.

In the absence of collection services, people have to make difficult choices about how to manage the waste themselves by openly burning it, dumping it on land, or putting it directly into rivers and coastal waters. Our modeling shows that every additional ton of plastic collected reduces the aquatic environment’s pollution by 0.18 tons.

Waste collection is indeed the most effective way to prevent pollution. So, at the heart of any effective solution should lie the provision of solid waste management services and infrastructure to all, a key target of the UN Sustainable Development Goal 11.

The team put forward other tactics, including addressing consumption, growth in plastic production, substituting plastics for compostable materials, and putting more thought into recycling when designing products in the first place. If we are to categorize, high-income countries should focus on recycling, decreasing consumption, and improving product design. In contrast, low/middle-income economies should focus on improving waste collection and recycling.

OceansAsia’s director of operations, Gary Stokes, who wasn’t involved in the study, said the plastic needs to be turned off from the source. Efforts such as beach cleanups are admirable, but they’re not helping much.

You go into a bathroom, and the bath is overflowing, do you grab a mop or do you turn the tap off? Beach cleanups are going and mopping up the floor while the tap is still on. As good as they are, you need to turn off the source.

Perhaps the most crucial challenge to changing people’s plastic habits is establishing a connection between the plastic they consume and the pollution on our planet. We must extinguish this ‘out of sight, out of mind’ mentality!

How Can We Make The Transition To Renewable Energy Easier?

Five High-End Products That Remove The Stigma of Upcycling Plastics