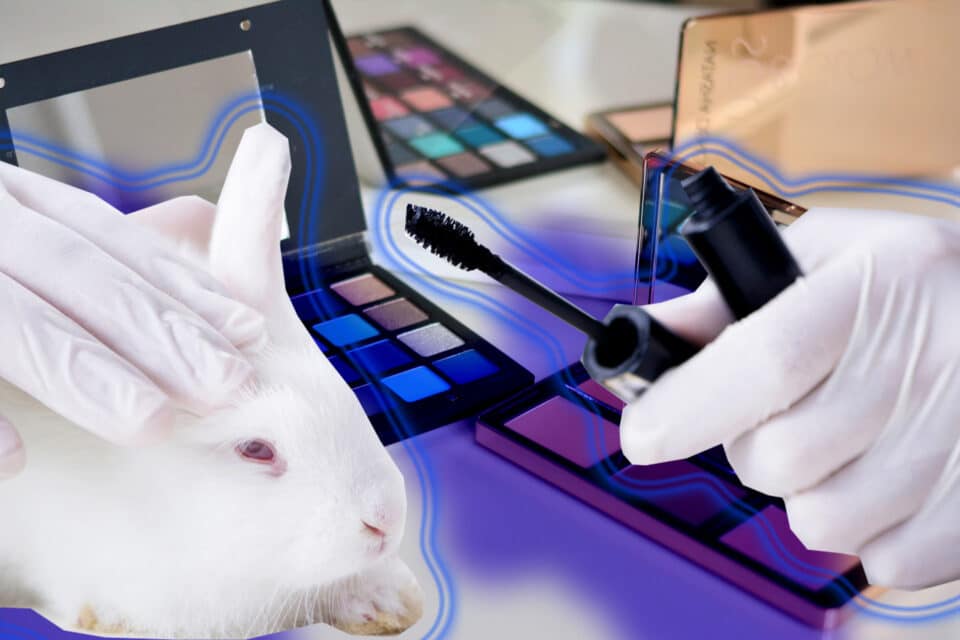 In 1998, the U.K. was the first country to ban animal testing for cosmetics products and their ingredients. In 2007, Israel prohibited animals from testing cosmetics, while India banned cosmetic animal testing in 2014. In 2019, Australia passed a bill that forbids the testing of new chemicals on animals to be used for cosmetics purposes.

Today, there are more than forty countries that have passed laws to limit or ban cosmetics animal testing, including several states in Brazil, Colombia, Guatemala, the U.K., Switzerland, New Zealand, South Korea, Taiwan, Turkey, Iceland, Norway, and every country in the European Union.

However, despite bans that outlawed such testing years ago, a new analysis has revealed that hundreds of cosmetic products sold in the U.K. and Europe still contain ingredients that have been tested on animals. Banned tests were made on ingredients used in products, including lipsticks, sunscreen, moisturizers, and hair conditioner, with over 100 separate experiments executed on rabbits and mice.

Two sets of competing legislation are at the core of this issue. First, the ban on animal testing of cosmetic ingredients in the E.U. came into force in 2009. Yet, another law regulating chemicals was introduced in 2007, forcing companies to identify and manage the risks associated with chemicals they manufacture and market in the E.U. to guarantee worker safety. According to the European Chemicals Agency (ECHA), this can include chemicals manufactured exclusively for use in cosmetics, obscuring the animal testing ban for cosmetic ingredients.

According to Dr. Julia Fentem, head of the safety and environmental assurance center of Unilever, one of the world’s largest cosmetics manufacturers, there has always been uncertainty about how to comply with the cosmetics legislation, the chemicals legislation, or the E.U. directive on animal protection, which states that there should be no animal testing unless it’s vitally necessary. This has made it challenging for companies.

The analysis found that this inconsistency has, unfortunately, resulted in some chemical companies performing the banned animal tests on cosmetic ingredients. However, the researchers behind the investigation noted that these animal tests were carried out on cosmetics-only ingredients ‘to satisfy the chemicals legislation.’

The researchers, including a toxicologist from the German chemicals company Clariant, looked at hundreds of papers detailing chemical safety tests available on ECHA’s website. They found that out of 413 ingredients used exclusively in cosmetics, 63 were tested after the E.U. ban. In addition, according to the paper published in Alternatives to Animal Experimentation, the post-ban ingredients were subject to 104 new animal tests.

Before animal testing bans were imposed, most of these cosmetic ingredients underwent animal testing to evaluate factors like eye and skin irritation.

According to an ECHA spokesperson, the number of animal tests conducted due to chemicals legislation is expected to lower but acknowledges that the agency hasn’t sanctioned the research findings. However, chemical regulations require safety data to ensure worker safety. Therefore, “animal testing may be required – but only if no alternative tests are available,” the spokesperson added.

While the agency accepts proposals to use animal testing alternatives, the ECHA representative claims that a “very high percentage” of recommendations do not provide a “sufficient science-based justification” for their use.

In the most recent case involving Symrise, a German chemicals firm, ECHA ruled that the company must perform animal tests on two cosmetics-only ingredients to satisfy chemicals regulations, despite stiff disagreement by Symrise that proposed using alternative approaches. The firm has since challenged the ruling at the European court of justice on scientific grounds.

The chemicals law is being used to force companies, despite strenuous objections and even legal challenges, to commission questionable new animal testing as part of a bureaucratic box-ticking exercise.

The researchers behind the analysis warned that more animal testing of cosmetics-only ingredients is imminent. “ECHA has already asked for new animal tests, involving thousands of animals and undermining the public’s confidence in the way the E.U. is upholding its animal testing bans,” added Dr. Katy Taylor, science and regulatory affairs director at the charity Cruelty-Free International.

Campaigners and even scientists have stressed that animal testing is no longer scientifically required to ensure cosmetic ingredients are safe for humans. “Lessons learned in the animal-free safety assessment of cosmetics over many years can be readily applied to the occupational safety assessment of ingredients without compromising human safety,” a representative for the Animal-Free Safety Assessment Collaboration pointed out.

Dr. Fentem advises the European Commission to immediately suspend further animal testing of cosmetics ingredients and re-evaluate what ECHA is requesting companies to do. “The commission needs to be able to demonstrate to E.U. citizens how killing hundreds of thousands of more animals to test cosmetic ingredients affords any better protection of workers and our environment, bringing forward evidence to show why modern non-animal safety science could not be used instead.”

Other countries that have recently followed suit in the ban of cosmetic animal testing include Hawaii and Mexico. In May 2021, Hawaii became the sixth U.S. state to ban the sale of cosmetics tested on animals. The Hawaii Cruelty-Free Cosmetics Act (HCFCA) passed the final vote in the State Legislature and is currently awaiting the Governor’s signature. The HCFCA will forbid the sale of new animal products tested on animals beginning in January 2022.

On September 10, 2021, Mexico banned animal testing for cosmetic products, becoming the first country in North America to enact the law. Globally, Mexico is the 41st country to implement such a ban, prohibiting the manufacturing, importing, and marketing of cosmetics products tested on animals elsewhere in the world.

Dogs Can Sniff Out Cancer In Blood With Nearly 97% Accuracy, Study Shows