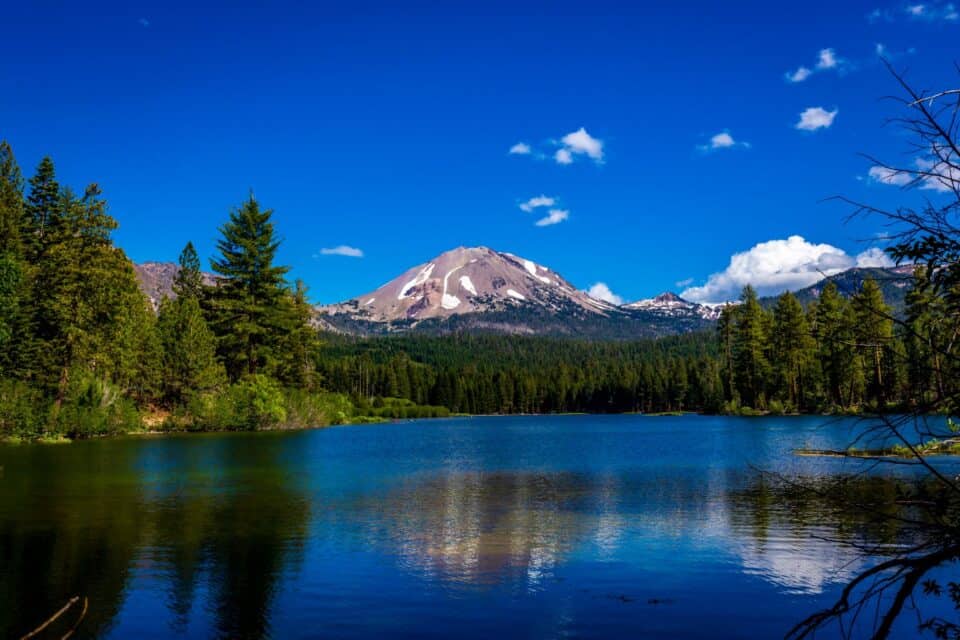 California is currently experiencing its peak wildfire season, when the state often has its fiercest blazes, some of which can require widespread evacuations. In response, the largest private landowner in California halted public access to all of its forestlands due to the risks posed by drought and wildfires.

The United States Forest Service also closes areas to prevent wildfire threats. However, no Forest Service lands have been closed yet this summer. (You can monitor active Cal Fire occurrences by visiting this page.)

Lumber giant Sierra Pacific Industries, California’s largest private landowner and one of America’s biggest too, closed its forests to the public on July 1, 2022. The company is headquartered in Anderson, California but owns over two million acres of forestland across California, Oregon, and Washington.

Usually, the public can access the land for hiking, permitted hunting and fishing, and cross-country skiing wherever Sierra Pacific Industries is not actively logging. However, its extensive holdings are off-limits indefinitely due to “extreme drought and wildfire conditions.”

The company said in a statement:

“This closure will remain in effect until further notice. Public roads that are on SPI forestlands will remain open, but no walk-in access will be allowed.”

This isn’t the first time SPI has closed its grounds to mitigate fire danger. But, unfortunately, most of the time, the dangers aren’t caused by drought or other natural means.

The National Park Service says that people cause a staggering 85% of wildfires. A few of the most common reckless behaviors contributing to this statistic include littering still-burning cigarettes, leaving campfires unattended, using faulty machinery, and setting fires on purpose (arson).

How to Prepare for Peak Fire Season in California

Experts advise that California residents immediately take two steps to safeguard themselves and their families during peak wildfire season. These are:

The most straightforward way to do these things is to contact your local county government and inquire about how they notify citizens of evacuations and wildfire threats. For instance, many Bay Area counties use the website ZoneHaven, which provides maps for locating your zone.

“Screen-shot your zone code and save it on your phone … write it on a Post-It note or on a magnet and stick it on your fridge. Know your zone.”

This Season’s Wildfires Started by People

Just the other day, the citizens of northern California had to evacuate as a wildfire spread across 304 acres, razing several homes before being contained. Meanwhile, another wildfire has been raging in the San Francisco Bay Area’s marshes for over six weeks. Officials say a substance known as peat is feeding the flames, making it tough to extinguish.

“It’s a very stubborn fire. It’s a peat fire, which means that it’s burning in a combination of organic materials and minerals. Peat is good for gardens, but it has a little pesky problem, a worldwide problem, in that it can spontaneously combust. The fire is burning underground in a huge area, and it has proven to be really hard to put out.

It could have threatened homes, but fortunately, we were able to [contain] it. But our residents have been suffering from smoke, and the smoke has been bad since the flare-up. So we’re no longer satisfied with just allowing it to burn out, which often happens with a peat fire. Onshore winds during the day are expected to disperse smoke, but overnight localized pollution levels may rise as winds die down.”

If you experience an event like this, the government website AirNow allows you to track the air quality in your neighborhood.

Another one of the most well-known examples of an anthropogenic wildfire cause is the El Dorado Fire in 2020, which started owing to a failed smoke-generating pyrotechnical device at a party and eventually burnt through 13,715 acres.

California has been hit by at least a third of the deadliest wildfires in United States history. But why is California prone to wildfires, and why is the situation worsening?

According to a revealing study by University of California researchers, the hottest summer days in California’s Sierra Nevada increase the chance of wildfires. Unfortunately, the risk also rises due to climate change as the earth continues to warm.

The study examined daily temperatures and data from almost 450 Sierra Nevada fires spanning 2001 to 2020. Then, it projected the analyses into the coming decades. The forecast shows the number of fires might increase by 20% or more by the 2040s. In addition, the overall burnt area could increase by 25% or more.

Western United States wildfires are growing in size and ferocity, and seasons are lengthening. California, in particular, has suffered significantly in recent years – notably, the 2020 summer’s Sierra Nevada fires, which included the Dixie Fire: the state’s largest single fire ever recorded. It burned about a million acres. That year was the state’s worst wildfire season yet. By year’s conclusion, California reported almost 10,000 blazes that torched over four million acres or 4% of its entire geographical area.

Over the previous two decades, a 1 degree Celsius (1.8-degree Fahrenheit) rise in average summer temperature increased wildfire risk by 19% to 22% and burnt area by 22% to 25%. The wildfires can be due to human activity or natural causes like a lightning strike.

Senior author Jim Randerson, a professor of earth systems science at UC Irvine, explained why global warming is the cause of potentially more and faster-spreading flames, even if the wildfire starts by human hands:

“If it’s a normal day, say 80 degrees Fahrenheit, and you accidentally create a spark, and there’s an ignition, you can probably stomp on it, or local fire agencies can come and put it out. However, the vegetation still contains a significant amount of moisture that the heat from the fire must evaporate first. That slows the spread of flames. But on a 100-degree day, the vegetation is so dry, with so little moisture to evaporate, that a fire spreads quickly and grows. So you get a rapid expansion, and eventually a fire so big it can last for weeks and weeks.”

Why is California so Prone to Wildfires?

Both natural and anthropogenic causes of wildfires have the same three elements:

Over the past decades, it has been more evident that climate change has had a discernible, quantitative impact on the first two components and the third in some cases.

Dry weather, low precipitation, and droughts are all conditions that can spark natural wildfires. In such weather, dry vegetation provides ideal fuel for wildfires, which may then spread swiftly with the combination of high winds and temperatures.

But dry vegetation isn’t the only factor in California’s wildfires; regional winds and currents are also vital components. For example, the Diablo winds, a dry stream that blows down from the San Francisco Peninsula, are commonly cited as a component that helps extend the San Francisco Bay Area fire season.

The California Department of Forestry and Fire Protection reported that a little more than 9,000 acres have already burned statewide this year. However, the state of California has not been the only one to experience problems with wildfires.

The entire west coast of the United States has been experiencing drought and is at risk of wildfires. For example, in 2020, two flames combined into one massive blaze in Santa Fe, New Mexico, encompassing a region larger than the city of Los Angeles. That wildfire burned for several weeks.

Wildfire scientist and paleoecologist Philip Higuera of the University of Montana said:

“The scale and intensity of the wildfires burning across the western U.S. right now are staggering. More than five million acres have already burned this year—and much more may be yet to come.”

Directly and indirectly, climate change has increased wildfire risk. When ignition occurs, even if it’s natural, the chances of it spawning a massive fire are substantially higher than they would be without climate change. So, start eating less meat, flying less, and wasting less; switch to an electric vehicle, put solar panels on your house, and do whatever else you can think of to reduce your carbon footprint!

Why Are Mead Johnson And Abbott Laboratories Being Sued By Parents?