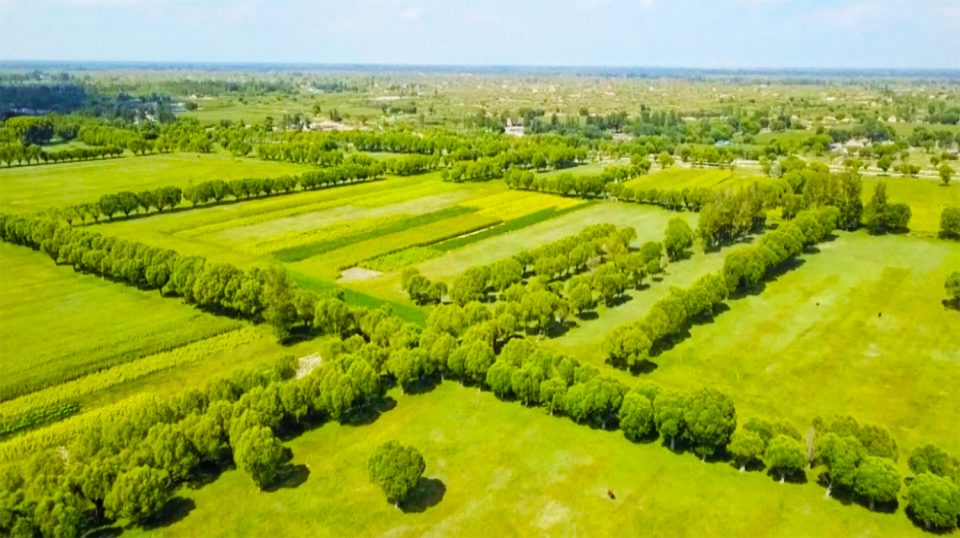 As 93.24% of a significant desert in China’s northwest Shaanxi Province has turned green, it has completely vanished off the map. The Maowusu Desert, also known as Mu Us, used to be a treeless desert with no farmland, just endless yellow sand. Now, it’s a beautiful forest, thanks to local people planting trees.

The Maowusu Desert covers an area of around 42,200 square kilometers and is found on the border between the Ordos City of north China’s Inner Mongolia Region and the Yulin City. Yulin is located on the southern side of the Maowusu Desert.

Many years ago, the city of Yulin was forced to move southward three times due to invasive sandstorms. However, the local people weren’t going to sit around and do nothing about it. From 1959 onward, they started to plant trees in efforts to curb the attack of sandstorms. After years of planting trees, they successfully managed to extend the green to 400 kilometers northward.

By saying that the desert has disappeared on the map, we mean the desertificated land has gone. If we continue our efforts, the remaining around 30,000 hectares area with shifting sand dune and the semi-fixed sandy area will all disappear.

At a Pinus sylvestris (Scots pine), growing site in Yulin City’s Baijie Town of Hengshan District, over 3,000 hectares of what used to be covered in sand, is now covered in trees. “This tree was planted the earliest in this forest, in 2004. It was only as tall as this, 15 centimeters. Now you can see how thick it is now. I can hardly clasp it with two arms linked,” explained Hu Zhiqiang, deputy head of the Forestry Bureau of Hengshan District.

Forest cover rate has risen significantly in Yulin, with up to 33%, compared to 0.9% in the 1950s, and it’s only getting greener! Villagers in Dingbian County are making use of their extra time due to the Covid-19 pandemic, and are planting more trees. They aim to plant saplings across 400 hectares of desert land by the end of May.

In the first quarter of 2020, a total of 41 state-owned and private enterprises in Yulin City planted trees on 33,369 hectares of desert. Enterprises benefit from planting trees because it can offset ecological compensation fees and trade in carbon emission targets.

The Ban On E-Scooters Is Being Lifted In The UK

Luxury Lifestyle of The Rich Largely Responsible For The Climate Crisis

Over 200 Australian Businesses Back Net Zero Carbon Emissions By 2050