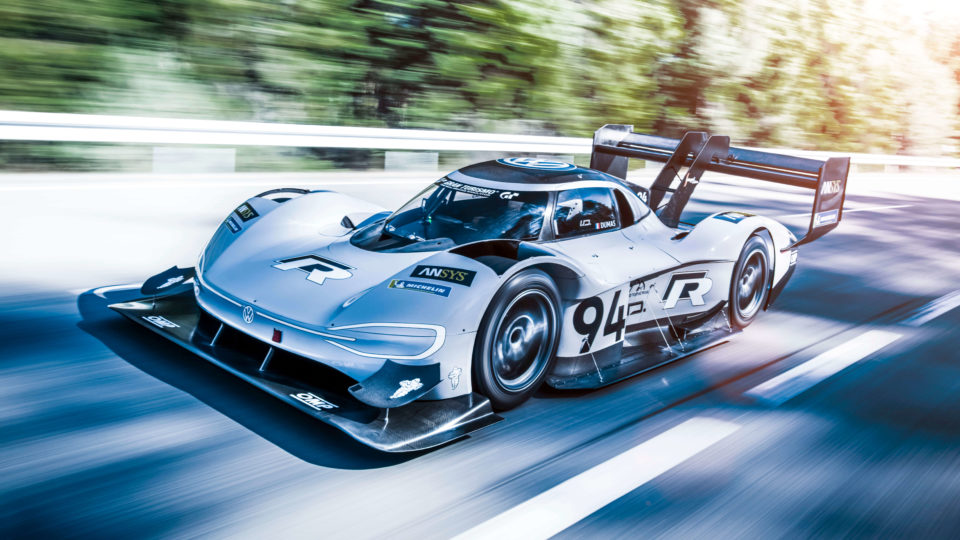 Update: The Volkswagen’s I.D. R broke the Electric Vehicle Nürburgring Record by 40 seconds with a total lap time of 6:05.336. The lap time is the second fastest ever recorded on the track by any car. You can watch the lap in the video below.

Volkswagen’s I.D. R fully-electric sports car has already broken several records. At the Pikes Peak International Hill Climb, it achieved the new top score for the track. It also broke some records at the Goodwood Hillclimb. Feeling optimistic from all the success, Volkswagen (VW) upgraded the vehicle to go after the Nürburgring electric record next!

The Nürburgring-Nordschleife circuit is regarded as the toughest racetrack in the world, so it’s quite a big challenge they’re getting themselves into. Volkswagen Motorsport Director Sven Smeet commented about the new goal:

“After the record on Pikes Peak, the fastest time for electric cars on the Nürburgring-Nordschleife is the next big challenge for the ID. R. A lap record on the Nordschleife is a great accolade for any car, whether a race car or a production car.” 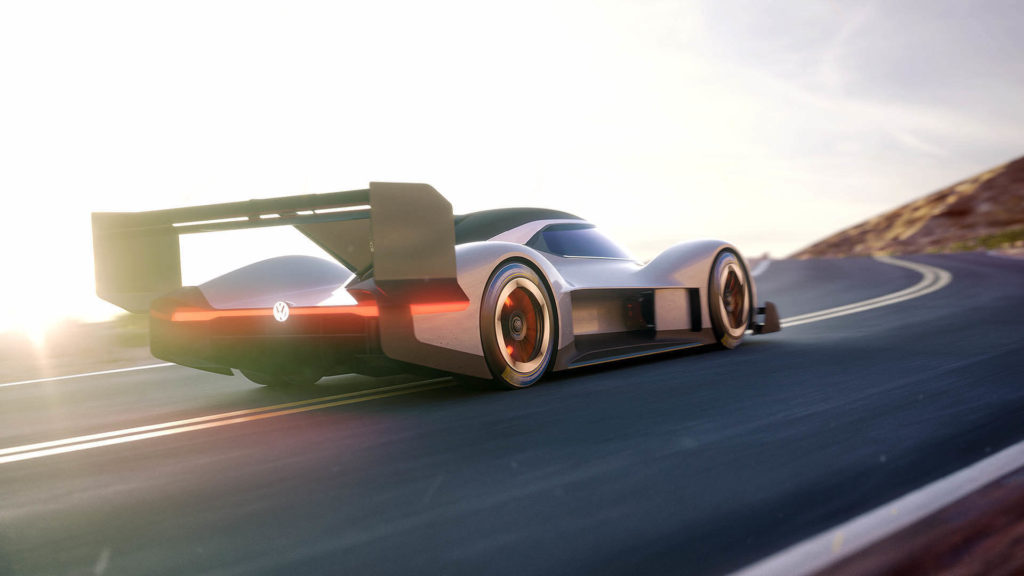 VW had to modify the car because the Nürburgring racetrack is a lot different than the previous hill climbs that the I.D. R competed in. The modifications give the vehicle enhanced performance for the new conditions it will face.

“Above all, we will modify the aerodynamics of the ID. R, in order to cope with the conditions on the Nordschleife, which differ greatly from those on Pikes Peak.”

The custom-built all-electric racecar weighs under 2,500 lbs and is equipped with two electric motors and a 43 kWh battery pack capable of 680 hp and 479 lb-ft of torque, thus giving it a 0-60 time of 2.25 seconds.

The electric record at Nürburgring is currently held by Peter Dumbreck in an NIO EP9 Porche with a 6:45.90 lap in 2017. Romain Dumas is coming back behind the wheel of the I.D. R to beat Dumbreck’s record this summer 2019.

“The thought of driving the ID. R on the Nordschleife is already enough to give me goosebumps. I know the track very well, but the ID. R will be a completely different challenge, with its extreme acceleration and huge cornering speeds. I can hardly wait for the first tests. Breaking the existing electric record will certainly not be a stroll in the park.”

Volkswagen says the ID. R will undergo an intensive period of testing in the build-up to its lap record attempt. Following this will be another record making attempt at the Tianmen Shan Big Gate Road in China in September 2019. The 11km route, located over 900 miles southwest of Beijing, features 99 corners and an altitude gain of 1,200m. The track has no existing record yet as the course isn’t accessible to the public. Dumas, who’ll also pilot the ID R. along the ‘Road to Heaven‘, said:

So far, I only know the road from photos and a few videos. The surrounding area is remarkable, like a ﬁlm set. The route is very winding, extremely narrow in places, and very uneven. It is certainly going to be a special experience. I am looking forward to this new challenge.

New Type Of Plastic That Can Be Recycled Forever, Simply, Developed By Scientists

The Future of Classic Cars Is Electric

Europe Accelerates Green Transition As It Phases Out Russian Gas