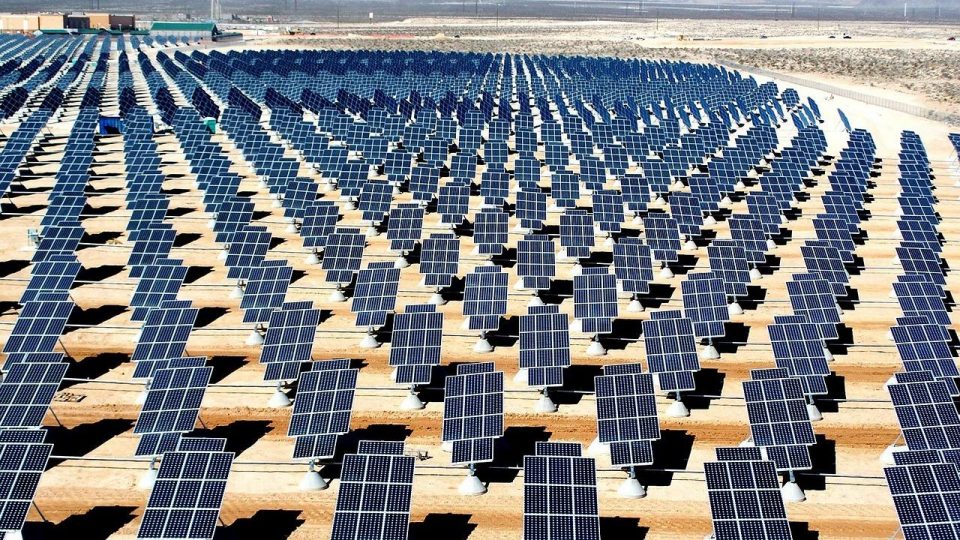 The middle eastern nation of Qatar is the world’s largest supplier of liquefied natural gas (LNG). Qatar has been pushing into multiple forms of renewable power for its own energy needs. One way to do that is a partnership with Japan’s Marubeni and France’s Total to build an 800MW Qatar solar farm on a ten sq. km piece of land near Doha.

Qatar’s energy minister, Saad Sherida Al-Kaabi, recently announced the move at a press conference in Doha. He explained that Total and Marubeni will own a 40% stake in the 800MW ‘Al-Kharsaah’ solar project, while Qatar Electricity & Water Company and Qatar Petroleum will own the remaining 60%.

The Qatar solar farm will use over 2 million bifacial solar modules, making it one of the largest projects in the world. The full investment for the Al Kharsaah project is estimated to cost $467 million (1.7 billion Qatari riyals). The farm is planned to be in operation at full capacity in time for the 2022 FIFA World cup, which Qatar will be hosting and has pledged to make the event carbon-neutral.

It will generate about eight times the size of the solar energy Qatar had pledged to build, helping the organization of a carbon-neutral ‘FIFA World Cup’ event.

According to Al-Kaabi, the Al-Kharsaah solar farm will be able to supply one-tenth of the country’s peak energy demands. Qatar also plans to build four gas liquefaction plants and is negotiating a possible partnership with energy majors.

Although solar is more environmentally sustainable than electricity produced from gas-fired turbines, we have to worry about excess capacity and what to do about that. Solving the puzzle of where and how to fit renewables into the energy mix in Qatar is one of our biggest challenges.

The farm was initially listed as 500MW to be built on ten sq. kilometers of land before it was increased to 800MW.

This Bacteria Breaks Down Toxic Plastic And Eats It Too