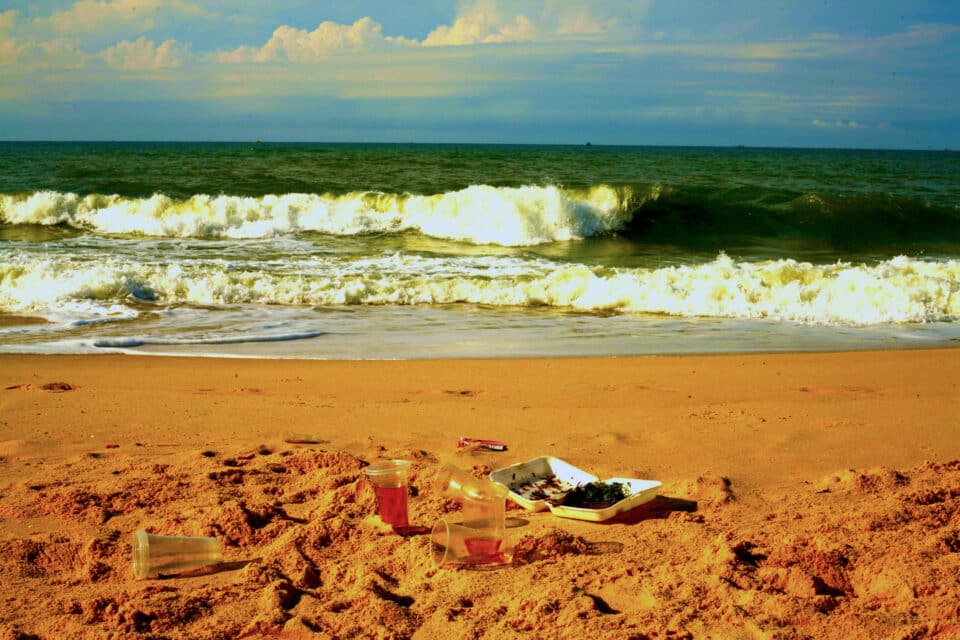 The most comprehensive analysis to date shows that plastic items from takeaway food and drink dominate the litter in the world’s oceans. The four most common items polluting the seas are plastic bottles, single-use bags, containers, and food wrappers, which make up almost 50% of human-made waste. The researchers found that just ten plastic products, including fishing gear and plastic lids, accounted for 75% of the litter due to widespread use and slow degradation.

In the study, published on June 10 in the journal Nature Sustainability, the scientists identified the key sources of ocean plastic, making it clear where the action was needed to stop the litter at its source. They urged for new bans on everyday throwaway items and for manufacturers to be forced to take more responsibility. Their results were based on combining 12 million data points from 36 databases worldwide.

Carmen Morales-Caselles, from the University of Cádiz, Spain, who led the study, said:

We were not surprised about plastic being 80% of the litter, but the high proportion of takeaway items did surprise us, which will not just be McDonald’s litter, but water bottles, beverage bottles like Coca-Cola, and cans.

This information will make it easier for policymakers to actually take action to try to turn off the tap of marine litter flowing into the ocean, rather than just clean it up.

Cotton buds and lollypop sticks made up 0.16% of the litter, and stirrers and straws were 2.3%. While Europe has welcomed bans on plastic straws and cotton buds, the researchers warn that it could result in a distraction from tackling more common types of litter. “It’s good that there is an action against plastic cotton buds, but if we don’t add to this action the top litter items, then we are not dealing with the core of the problem – we’re getting distracted,” Morales-Caselles cautioned.

The study, funded by the Spanish science ministry and the BBVA Foundation, concluded:

In terms of litter origins, take-out consumer items – mainly plastic bags and wrappers, food containers and cutlery, plastic and glass bottles, and cans – made up the largest share.

Shorelines and sea floors near coasts had the highest litter concentration due to wind and waves repeatedly sweeping it to the shores, where it accumulates on the seafloor. Fishing materials, such as nets and ropes, were mainly in the open oceans, making up nearly 50% of the total litter.

The analysis did not include fragments and microplastics; instead, it focused on items larger than 3cm and identifiable, including household product containers, take-out plastic items, and toiletries. “What’s going on in the sea is a symptom of the problem – the origin of the problem and the solution are back on land, and that’s where we’ve got to take action,” said Professor Richard Thompson, from the UK’s University of Plymouth, who was not part of the research team.

A second study published on the same day in the same journal inspected the ocean’s litter from 42 rivers in Europe. It found the UK, Italy, and Turkey were the top three contributors to floating marine litter.

Daniel González-Fernández, from the University of Cádiz, who led the second study, urged:

Mitigation measures cannot mean cleaning up at the river mouth. You have to stop the litter at the source, so the plastic doesn’t even enter the environment in the first place.

The researchers suggested bans on unnecessary take-out plastic items, like single-use bags, and governments to significantly limit single-use plastic packaging from the source. In addition, regarding essential products, the producers should be forced to take more responsibility for collecting and disposing of products.

This comprehensive study concludes that the best way to confront plastic pollution is for governments to severely restrict single-use plastic packaging. This seems undeniable. We will never recycle the quantity of waste plastic we’re currently producing.

Scientists Discovered A 2D Material That Is 10X Tougher Than Graphene

Plastic Found In 100% of Seafood Samples In A New Study