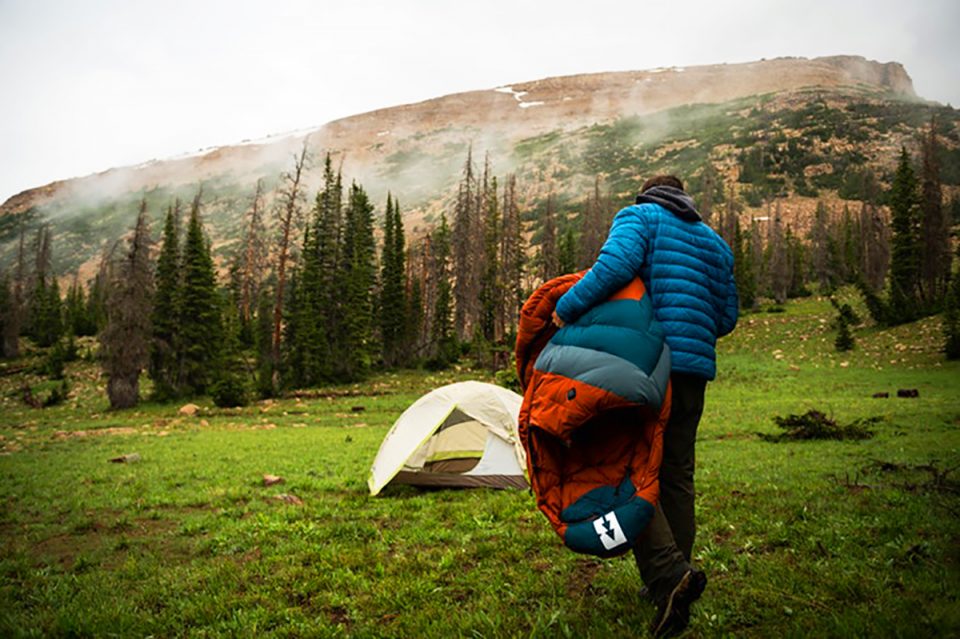 One of the most amazing experiences is heading out to a spot in the wilderness, setting up a tent, making smores, and relaxing by the campfire. However, at the same time, that memory could involve the worst sleep you’ve ever had because it’s either too cold or too uncomfortable.

Of course, some things help with comfort and warmth, such as extra blankets and sleeping pads that you can put on the floor of the tent under your sleeping bag, but that’s more to pack along. Thankfully, these talented inventors have designed new sleeping bags to solve these issues.

This innovative AirBag sleeping bag, invented by an outdoorsman from New Jersey named Matt Turcina, has a built-in air mattress all along its underside.

When campers are setting up their tent and are ready to put their sleeping bag inside, users remove the cap on the bag’s incorporated two-stage valve, then put their mouth to the valve to blow the mattress up. After around ten breaths, the mattress should be filled. The next day, or whenever campers pack up to go home, they can deflate the mattress by pulling out the valve’s mouthpiece, allowing the air to be released.

The inventor claims that the AirBag removes the pressure points that occur in body parts such as the shoulders and hip when either a thin pad or no pad is being used. As a bonus, the insulated air gap between the user and the cold floor results in warmer sleep.

Other features in the AirBag include:

The AirBag is currently running a Kickstarter campaign and plans to start delivering its sleeping bags in July of 2020.

Bundl is a dream come true for people who love to go camping but don’t like the cold nights that go with it. Bundl is the world’s first Electric-Heated Sleeping Bag that uses SMART SENSOR technology (IoT) to keep you warm at night.

A startup from Salt Lake City, Utah, who are passionate about camping and experiencing nature, developed this futuristic bag in 2019. Bundl is a cocoon type sleeping bag that has three different heating sections, one by the feet, another by the belly, and one by the chest. Users can set the desired temperature of each three heated parts via the easy-to-use Bundl app. The benefit of having the heat separated into three sections is that it can be personalized to provide the best night’s sleep. For example, if the user happens to get only cold feet at night, they can turn off the two upper sections and maintain warmth in the feet section.

Similar to a thermostat in a house, the sensors in the sleeping bag will monitor and regulate the heat. Traditional electric blankets use copper wiring, which may be uncomfortable. However, Bundl doesn’t use copper wiring; it uses a patented carbon heating material that’s comfortable, light-weight, waterproof, and seamlessly built-into the design.

The Bundl app includes a Bluetooth range of 50 yards, which allows campers to turn on their sleeping bag from across the campsite. After all, who wants to come into a cold sleeping bag? With Bundl, you can get into a sleeping bag that’s already warm when it’s time to go to bed.

For those campers who leave their phone behind because they want to disconnect from the world and truly be in nature, Bundl has a built-in power button that includes four different temperature settings.

Bundl has a Kickstarter campaign, where you can find out more information about these Smart electric heated sleeping bags, which range from $299-$599.

One Man Has Turned Baltimore Into An Urban Reforestation Success