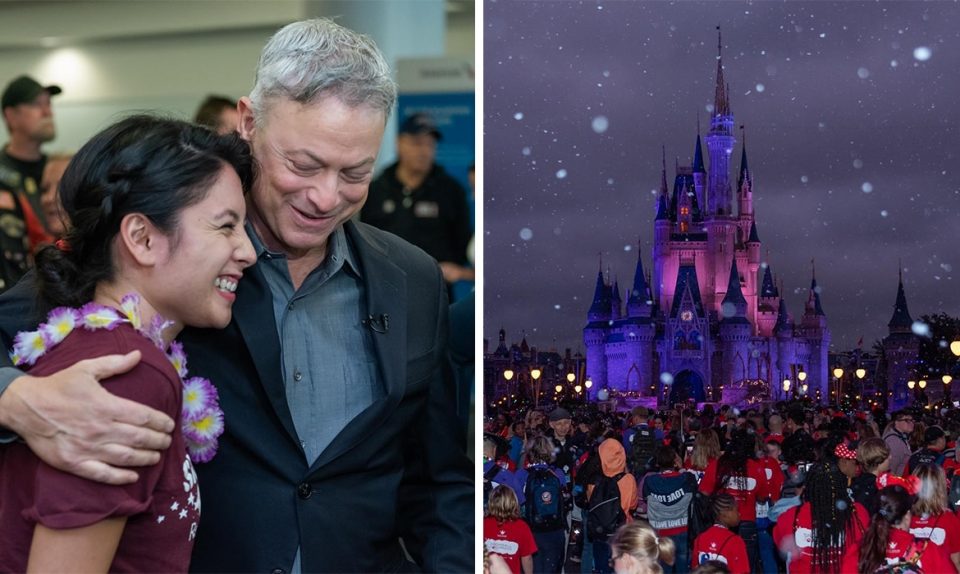 Gary Sinise is an American actor, well known for his role as Lieutenant Dan in the movie Forest Gump, or Apollo 13 and Green Mile. However, his charity work has led the public to appreciate him much more as a caring human being. The actor has worked hard to help and honor U.S. military veterans and soldiers.

Sinise established the Gary Sinise Foundation, which serves the needs of veterans, defenders, and first responders. The foundation also supports the families of the fallen soldiers and their communities too.

While we can never do enough to show gratitude to our nation’s defenders, we can always do a little more.

“Snowball Express” is one of the programs the foundation runs, it began in 2017. Its purpose is to honor fallen U.S. soldiers by taking their kids on free trips to one of the most magical, magnificent, life-changing places on this earth – Disney World. A journey that’s undoubtedly guaranteed that the kids will never forget.

The most important thing about [Snowball Express] is that these children don’t feel alone. There’s a lot of healing and a lot of bonding and a lot of friendship that goes on that helps them through the rest of the year.

Disney World in Orlando had the honor to welcome over 1,750 kids brought by “Snowball Express” for a five-night trip. An event took place to honor their fallen relatives in which the children and their surviving parents received pins that said: “we remember.”

Flags were lined up representing each of their loved ones that were lost in battle. “It’s something I feel is incredibly important for our nation, letting the children know that we do not forget their sacrifices, and we honor them. And it’s such a great feeling to see them healing, smiling, and having fun,” he added.

Furthermore, Sinise gathered his jam band back together in 2003 from Chicago. He called the group “The Lt. Dan Band and their motto is “Honor, Gratitude, and Rock & Roll.” The band’s goal is to lift the spirits and morale of the nation’s veterans, first responders, and families that are part of the sacrifice.

Sinise can’t bring fallen heroes back, but he is doing everything he can to support the families of the ones involved. The actor’s efforts should be appreciated and followed by people all around the world. For more information on the foundation, check out their website.

If you’re interested in movie stars that have helped people in need, check out Sandra Bullock and Keanu reeves.

Fukushima To Be Turned Into Renewable Energy Hub