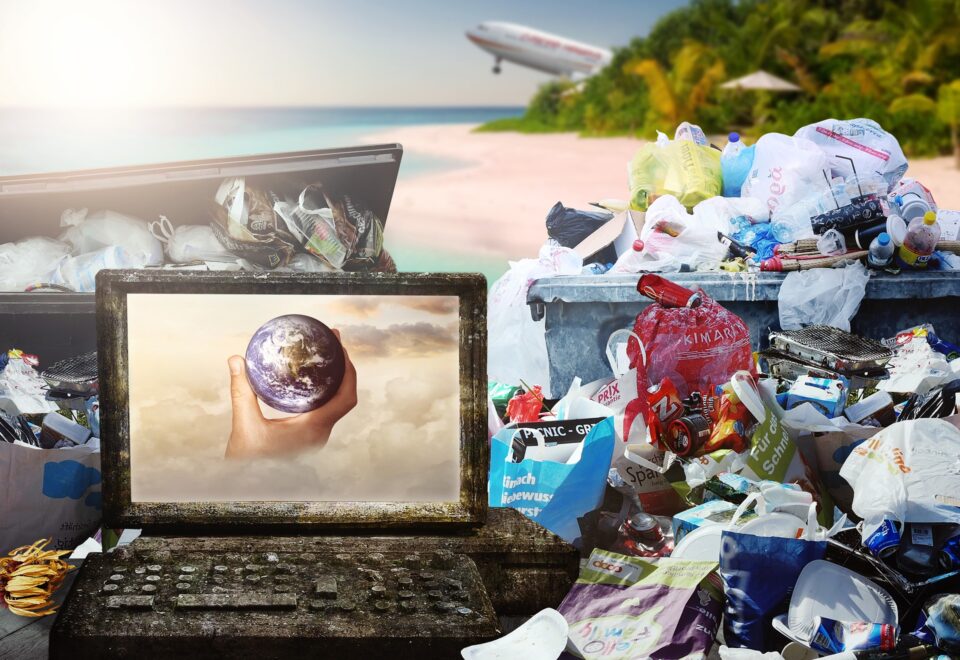 Plastic garbage has been making its way into the environment for several decades – polluting the entire planet and harming wildlife. There are billions of tons of it in landfills worldwide and in the oceans, lakes, and rivers, where it breaks down into microplastics, further worsening the situation. One of the crisis’s main driving factors is the lack of collection systems and ways to recycle it.

Another dilemma in the world today is that of carbon emissions. Hydrogen fuel is one of the most promising energy alternatives to fossil fuels. It’s emissions-free emitting only water.

So, a team of researchers from China, the UK, and Saudi Arabia has developed a solution that resolves both problems at once. They’ve created a process for breaking down plastic waste into hydrogen gas and carbon nanotubes.

One of the researchers, Peter Edwards from the University of Oxford, said that they were determined to confront plastic waste. The UK alone produces 1.5 million tons of it yearly. Realizing that plastic bags are about 14% hydrogen, they came up with the idea of extracting it and produce hydrogen fuel to tackle climate change.

There are commercial facilities already doing this – converting plastic waste into hydrogen. But they tend to involve too high temperatures to decompose plastic into syngas. Then, they still need to remove the hydrogen from the syngas.

The new process is faster and less energy-intensive. It only involves pulverizing the plastic (blending it into tiny fragments) and adding a catalyst made of aluminum oxide and iron oxide. Then, the mix is blasted with microwaves, which heat the catalysts but not the plastics – but the catalysts create hot spots in the plastic and strip out the hydrogen.

The conversion process takes only 30 to 90 seconds and recovers 97% of the plastic’s hydrogen. What’s leftover is almost exclusively carbon nanotubes that are of sufficient quality for use in other applications.

While the study was conducted on a tiny scale – using only 300 grams per test – there are large-scale microwave applications for other things in commercial venues, so their process could be possible. Edwards calls their approach an attractive potential solution for plastic waste. The team plans to conduct more extensive experiments next.

There’s a good reason for people to want to push for efforts like theirs to succeed, considering the magnitude of the plastic pollution disaster plaguing the world.

The World’s First Bio-Brick Made From Human Urine