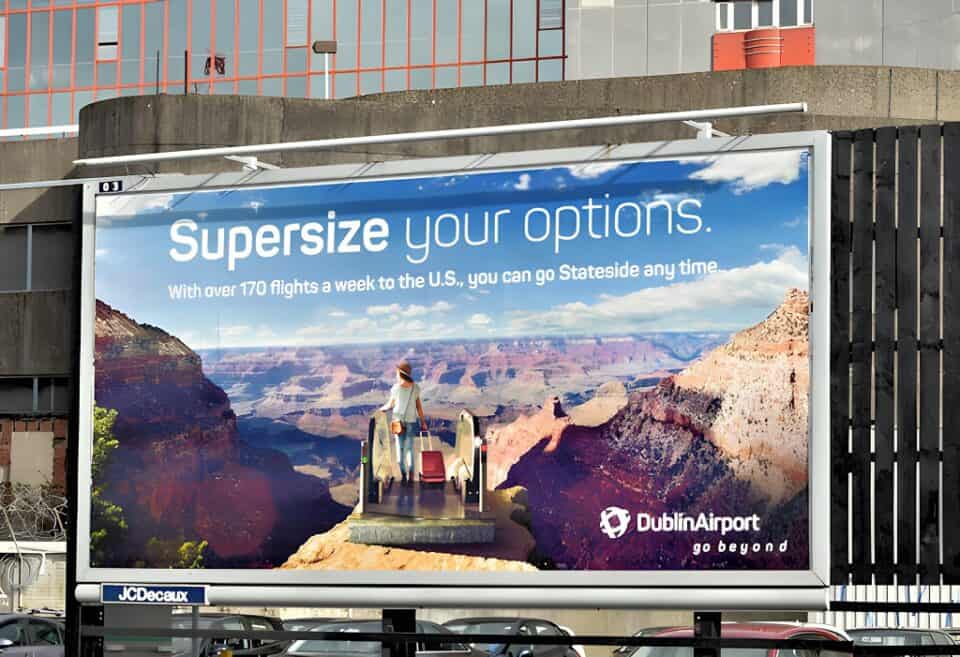 There are so many ways for advertisers and marketers to reach millions of people. Commercials can be on television. Billboards can overlook highways. Even airports can offer items of marketing intrigue. Whatever the content, advertisements receive lots of attention.

How Are Airport Advertisements Different?

Airports present plenty of media through which to advertise a product or service. There are banners upon airports’ walls, offering significant levels of visibility. There are typically digital screens at baggage claims, which are capable of presenting smaller advertisements of greater concision. Digital screens are also less expensive than many other advertising options. Airport commuters are also especially likely to see an airport advertisement because they’re necessarily captive: They’re there because they’re waiting. Think of how far an advertisement might go when there are delays. People have time to look at an advertisement when they’re waiting for something. In fact, they might deliberately read advertisements for nothing beyond immediate stimulation. Airport advertisements present a rare opportunity to say a lot about a product or service. An advertisement can ramble, and if patrons are bored enough, one can be sure that they’ll read every word of an advertisement’s verbal script.

Many options depend on the type of budget you employ. Advertisements either on or inside shuttles can be useful and affordable. Digital billboards inside the actual establishment tend to attract more attention, and they’ll have much more exposure, generally speaking. Because so many digital advertisements are immediately in front of patrons, those patrons can whip out their phones and scan any QR codes that might be on an advertisement. If you choose a digital banner over a shuttle advertisement, consider placing a QR code with a link to your company’s website somewhere on the banner.

Airports might offer a smaller market of consumers, but if you’re willing to work with that small market, the boons could be immeasurable. Even low-traffic airports can help spread the word about your product: They offer the same level of visibility at a lower price. Brainstorm your options. Maybe a small airport is right for you.

Why Should I Use Airport Advertising?

There are myriad advantages to airport advertising. People who travel for business tend to have a lot of money, so content that presents luxury goods, like furniture, wine, and jewelry, will thrive particularly well in airports. Airports present advertising options for every marketing team’s budget. Something will work for your team. If you’re just looking for a little bit of a boost, smaller advertisement campaigns will go a long way for your company. The bigger companies can knock themselves out with more fanciful options, but companies looking for a start ought to make debuts at airports. Concise and well-written advertisements near the odd line of flyers can receive millions of views in as few as four weeks.

Location is as important inside an airport as it is in general. Cost is informed mostly by how many people are likely to see your advertisement. An advertisement at a food court will cost much more than one that most people will probably walk past on their way to the gate. Airports in cities will be more expensive than ones in rural areas, as well. You may not need the most expensive option. Consider cheap places in expensive airports or expensive places in cheap airports. Remember that gates themselves are amazing areas to place advertisements and remember that baggage claims are spaces for more affordable advertisements or commercials. Whatever your ultimate choice is, most four-week campaigns cost just under 1000 dollars. Price fluctuation depends on how many ads your company runs at a time, where the advertisement or advertisements will appear, and whether you outsource the material to a marketing agency.

This Drone Can be Launched from a Submarine Underwater

This Adorable Tiny “Crab” is The Smallest-Ever Walking Robot

Cheapest EV In The World, The Ora R1 Will Debut In India