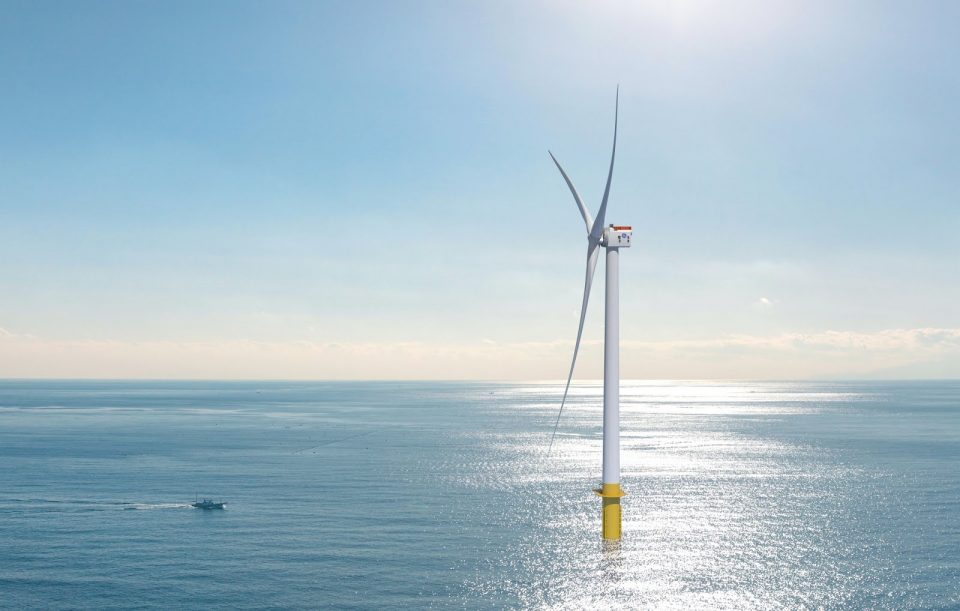 The most powerful offshore wind turbine ever made, the Haliade-X 12 MW, is currently generating energy off the coast of the Netherlands, and sending power to Eneco, the Dutch utility. For now, this wind turbine is just a prototype, but seeing as it’s proven successful to generate more power than the average smaller wind turbines, there will be more of them built soon.

GE Renewable Energy’s wind turbine is nearly 900 ft. tall and each blade is more than 300 ft. long, which means each blade is almost a football field in length. The prototype has a capacity of 12 megawatts (MW), and it recently set a world record by producing 262 MWh of clean energy in 1 day, which is sufficient to power 30,000 homes.

Along with the industry’s compelling value proposition, technology innovation is a key driver of the offshore wind market. Because it is the most powerful machine in the industry, the Haliade-X allows our customers to drive down the cost of wind energy and speed the adoption of clean, renewable energy.

Lavelle said that the Haliade-X would soon be available to the mass market after completing some more tests. “The testing that the prototype will undergo is one part of a multi-faceted testing process that will enable us to commercialize the Haliade-X by 2021, just in time for the strong growth uptick we are seeing in offshore wind worldwide,” he added.

Over the next five years, GE will continue to test the Haliade-X. The company believes these larger turbines are the future of the wind energy industry, which is growing at a considerable rate. “The global offshore wind market is projected to grow from just over 20 GW today to 190 GW by 2030 according to the Global Wind Energy Council, and the International Energy Agency has projected that the total investment in offshore wind could top $1 trillion by 2040,” the company explained.

Renewable energy experts from Yale say that more giant wind turbines can generate about twice as much energy as the smaller ones. They believe that these larger turbines will help the wind industry grow even more.

At the start of 2019, the U.S. Department of Energy claimed that 7,588 MW worth of onshore wind turbines were installed in 2018, and 25,824 MW worth of wind turbines is in the process of installation offshore. Currently, wind generates almost 7% of the nation’s electricity.

Now, wind and solar energy are significantly cheaper to produce electricity than using coal, resulting in the coal industry on the verge of a total collapse, as the wind industry keeps rising. The growing renewable energy around the world is promising for a cleaner future.

The Future of Classic Cars Is Electric

Solar Array Saved This School So Much Money Every Teacher Got A $15,000 Raise!