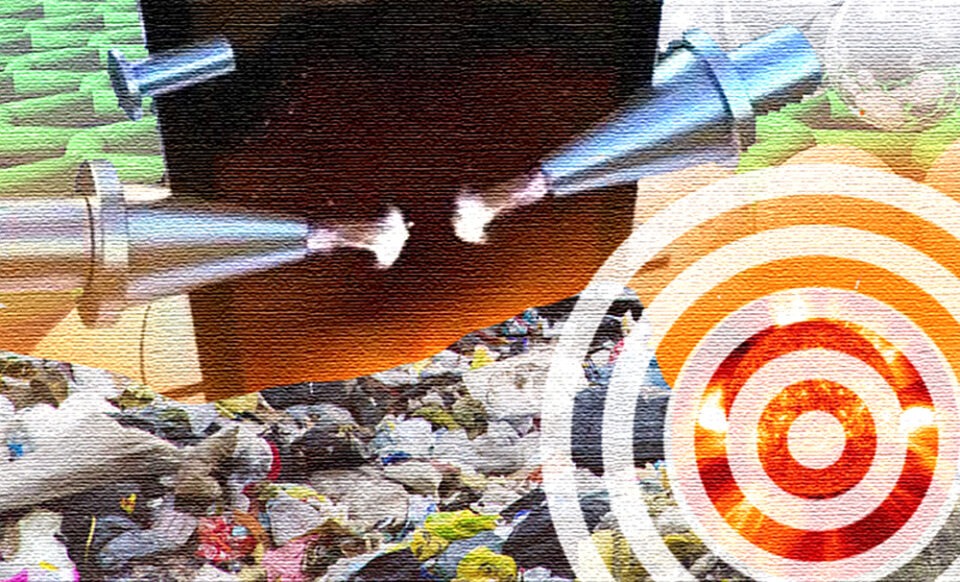 Green hydrogen at the price of grey H2 will be available within two years, provided by a plasma-enhanced gasification plant. It’s a new technology, developed by energy company SGH2, that is expected to be a significant breakthrough for the much-needed zero-carbon fuel. The best part is, the process uses solid waste to produce the fuel, so the facility taking care of two problems at once.

And not only will the plant produce some of the cheapest hydrogen around, but it’s also the biggest green hydrogen production facility in the world. It will be able to produce 3,800 tons of H2 a year (11,000 kilos a day), which is almost three times more than any other built (or under construction) green hydrogen facility in the world. It will be located in Lancaster, California, and operational by the end of 2022. This one, in particular, will gasify recycled mixed paper waste to produce green hydrogen; however, any type of trash can be used.

As the world, and our city, cope with the coronavirus crisis, we are looking for ways to ensure a better future. We know a circular economy with renewable energy is the path, and we have positioned ourselves to be the alternative energy capital of the world.

This is game-changing technology. It not only solves our air quality and climate challenges by producing pollution-free hydrogen. It also solves our plastics and waste problems by turning them into green hydrogen, and does it cleaner and at costs far lower than any other green hydrogen producer.

The method generates two to three times fewer carbon emissions than green hydrogen produced using renewable energy and electrolysis, and it’s five to seven times cheaper. The company says its hydrogen is “greener than green” since it uses biomass-based waste that would otherwise be sent to a landfill where it rots and emits the potent greenhouse gas methane. The plant will process 42,000 tons of recycled waste every year, saving between $50 to $75 per ton in landfilling and landfill space costs.

So, how does plasma-enhanced gasification work? It’s a plasma-enhanced thermal catalytic conversion process that is optimized with oxygen-enriched gas. There are plasma torches within gasification chambers that are so hot (3500ºC – 4000ºC) that they disintegrate the waste feedstock (solids) into its molecular compounds (gases), leaving not even ash behind. The molecules bind and become syngas, which then goes through a Pressure Swing Absorber system resulting in ultra-high-quality hydrogen (99.9999% purity) that is free of tar, soot, and heavy metals.

NASA scientist Salvador Camacho developed the plasma torches, originally for spacecraft heat shield testing. They were used to make sure a spaceship would keep astronauts safe during re-entry into the Earth’s atmosphere. SGH2 CEO Dr. Robert T. Do later incorporated them into the company’s proprietary gasification machine. The technology has gone through strenuous testing and has been vetted and validated by leading global institutions and Shell New Energies’ gasification experts.

The company plans to help reduce carbon emissions of heavy industrial sectors – such as cement, steel, and heavy transport – that is hard to decarbonize. Hydrogen can be used to fuel the production instead of fossil fuels and can also replace natural gas. According to a Bloomberg New Energy Finance report, clean hydrogen could cut as much as 34% of global emissions from fossil fuels and industry.

SGH2 has set out to replicate its Lancaster plant in a cookie-cutter style worldwide, wherever hydrogen fuel is needed. For example, Dr. Do told ReCharge:

We are discussing [with LafargeHolcim] to build our plant next to a cement plant, because one kilo of hydrogen has 141 megajoules [of energy], whereby coal [which is used to produce the high-temperature heat required for cement production] only has 30 megajoules per kilo, which means that a kilo of hydrogen can replace five kilos of coal. So, imagine how many tons of emissions they can save.

It also has its eyes set on Malaysia where there is plenty of biowaste from the palm oil industry:

In Malaysia, we are dealing with the owner of the largest shipping company over there and they are looking at us using palm waste; which is called ’empty fruit bunches. Palm is a huge issue, generates a lot of biomass. They’ve got millions of [empty fruit bunches] lying around, which they burn. So that would be an incredible biomass resource.

Dealing with waste is a challenge every region of the world must face. It can either be seen as a problem or as a valuable resource. It can either contaminate our oceans, fill up landfills, or be transformed into something useful again.

Every country in the world has waste problems. To give you an example, the largest recycler in California is handling 60,000 tons of recycled materials a month, and we need 40,000 tons a year [at our Lancaster facility] — we can build ten more plants in the region without a problem. So you can imagine how massive the waste market is.

Surf Without Depending On Waves With YuJet Electric Jet Surfboard

Texas Utility Doubles Large-Scale Solar, Claims It Will Be Coal-Free By 2016